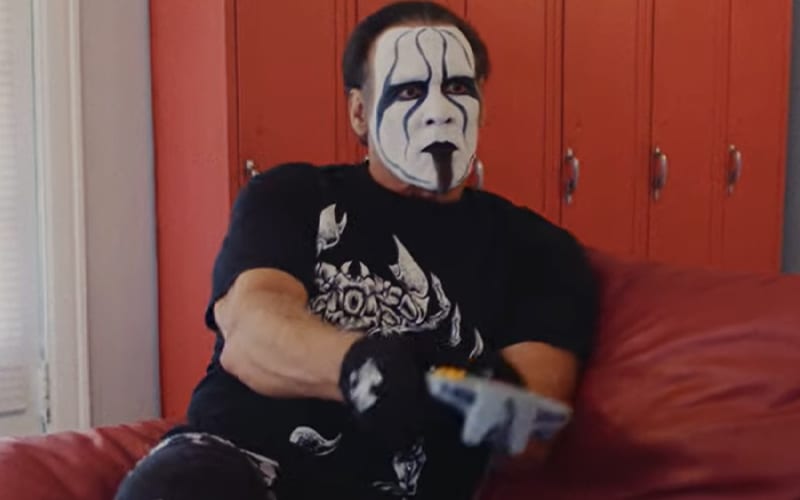 Sting is appearing as a regular for AEW now, but he’s allowed to take over bookings.

The band Islander just dropped a music video for their song “Crazy Crazy World,” and the Icon is featured in it. This video features Sting going about his daily routine.

The video shows Sting waking up, getting out of bed, having some coffee, brushing his teeth, playing Nintendo 64, and so much more. He is in his full black and white Stinger attire and face paint.

It’s a pretty funny video, and it came out at the perfect time. Plenty of fans are watching content with Sting in it right now, and the Islanders were able to snag the Hall of Famer for their new video.

Sting is likely going to wrestle for AEW. He hinted at some new alliances and rivalries during AEW Dynamite this week. This could be the start of something very cool for Sting in AEW, and the viewership numbers prove that it’s working so far.

You can check you the new music video featuring Sting below.