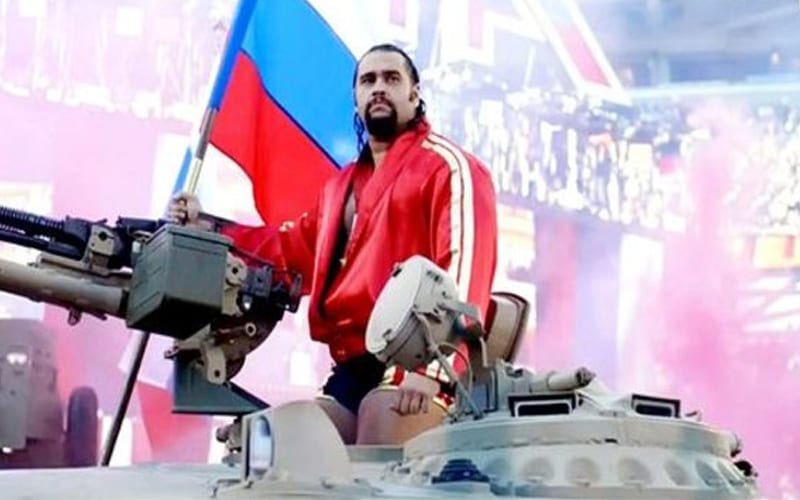 WWE provided Miro with a few special opportunities. He took one of those chances in a big way when he jumped in a tank at WrestleMania with his wife before the show started.

Miro sent out a tweet warning fans saying “If you want to become a pro wrestler don’t go to academy like this guy @ImmoralLogic ! 22 year in the business never performed for more than 6 people.”

One fan tweeted out in reply to Miro with a bit of disdain in their tone. This fan said: “Coming from a guy who has literally spent a Decade in this business and his biggest claim to success is riding a TANK out to the ring!! And is literally still trying to figure out if he’s a Brute or The Twitch of Bulgaria!!”

Miro returned fire and cleared up a misconception that this fan had in the process. The former Bulgarian Brute said that he only claimed to have sex with his wife Lana in that WrestleMania tank.

“My biggest claim is having Sex in that tank! What you got !?”

Miro has a lot of advice that he can provide fans. He’s been around the pro wrestling business to have experienced many different situation. Apparently, WWE wasn’t watching that WrestleMania tank as closely as they thought.