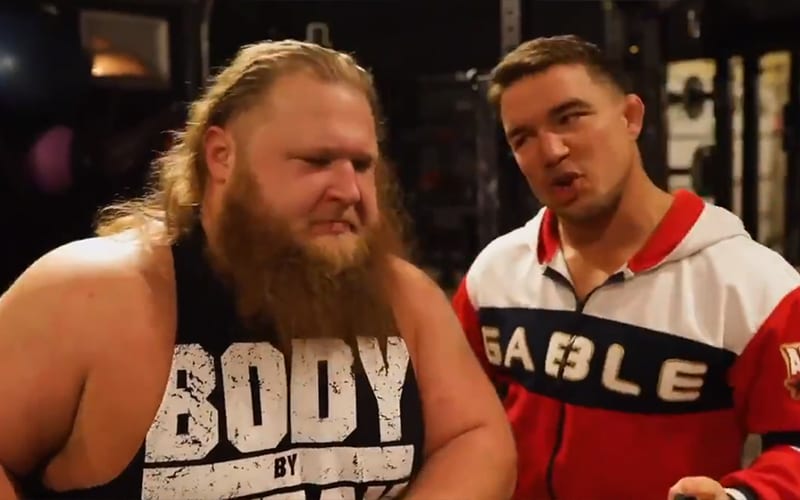 After reverting back to being Chad Gable as opposed to Shorty G, Gable has quite clearly been having a lot of fun in his new association with Otis.

While some believe that he should be moving higher and higher up the ladder in WWE, work like this could be the key behind him being seen as not only a great wrestler – but also a great performer.

He’s even mixing things up with Otis in regards to his training, as you’ll be able to see in the following amusing clip.

There’s no guarantee, but it does feel like a run with the tag titles could be in their future.