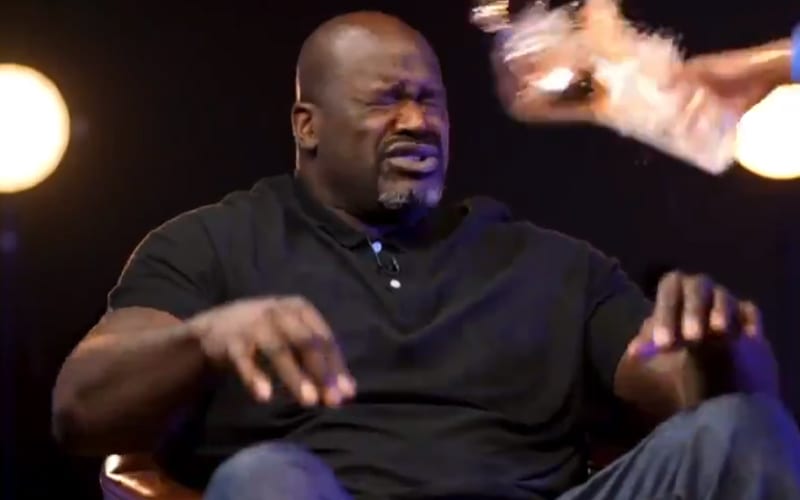 AEW Dynamite aired a very newsworthy episode this week. Tony Khan wasn’t kidding when he said they are closing 2020 with a bang. Shaquille O’Neal’s appearance might have been forgotten by some fans because of everything else that happened.

Shaq was on Dynamite this week, and Brandi Rhodes really did hurl a glass of water at him. It appears that they are hyping a match with Jade Cargill and Rhodes, but Shaq will be there when it happens.

Dave Meltzer noted on Wrestling Observer Radio that the Shaquille O’Neal segment was a late addition to Dynamite. They didn’t talk about the segment during the show’s pre-recorded hype. When Tony Schiavone did mention the segment, it was obvious that they did an audio drop-in with a recording that took place after the fact.

AEW didn’t even announce that Shaq was going to be on this week’s show until Monday night.

It was noted that AEW will do things when Shaq can do them. He had availability to record something, so they got it done. We’ll have to see what’s next and how much notice they give fans.