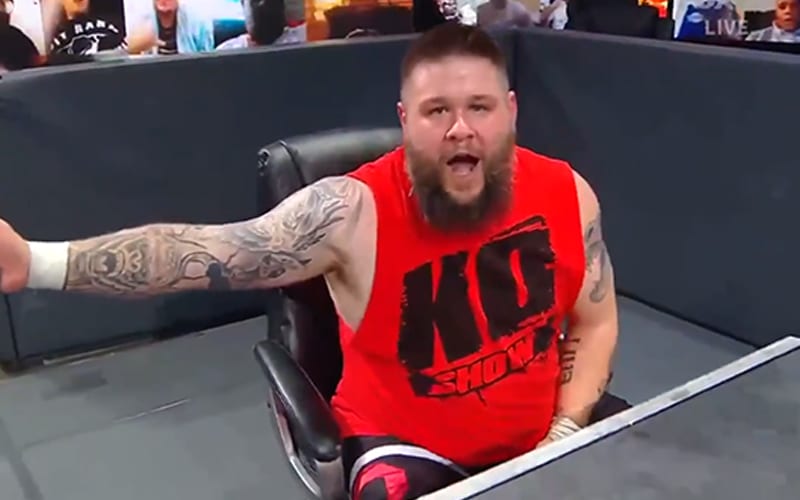 Kevin Owens will face Roman Reigns at WWE TLC on December 20th. The two will battle in a TLC match, and it wouldn’t be a surprise to see them close out the show. Owens is feeling lucky.

Roman Reigns has many people wanting a piece of him. Goldberg stepped up yesterday and caused a lot of people to talk about what is going on. Reigns made it clear that Owens is his next opponent, and only the Tribal Chief chooses “who’s next.”

Kevin Owens sent out a tweet today where he included a picture of a ladybug. He used it as proof that Roman Reigns’ luck is running out, because luck is now on Owens’ side.

Roman can talk as much *word that starts with an S and ends with HIT* as he wants, the fact is that at TLC, his luck runs out…and mine?

HERE! HERE’S PROOF! THERE WAS A LADYBUG ON MY CAR THIS MORNING!!!

TLC matches can be very brutal. Odds are Roman Reigns and Kevin Owens will put each other through a lot as they battle inside Tropicana Field. This could be a violent occasion, but that ladybug on Kevin Owens’ car could also be a sign that Owens will be in luck on December 20th.