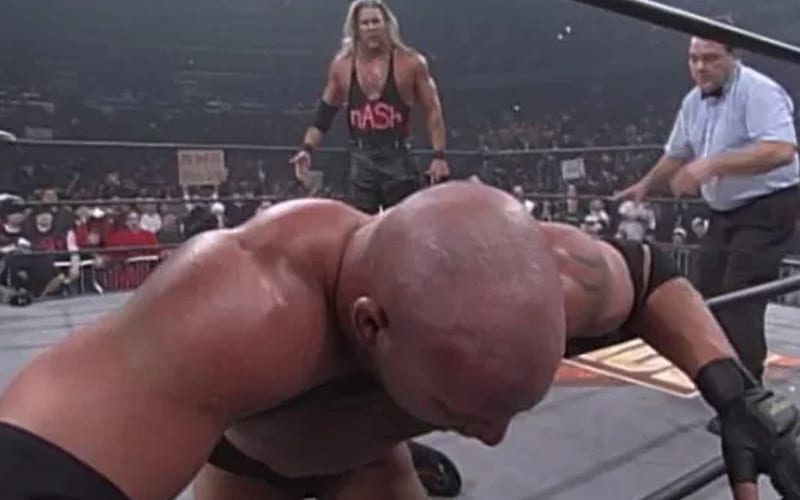 Goldberg’s streak is getting a lot of attention thanks to the new WWE Untold special for The Streak. This comes with a lot of people talking about how that streak ended.

It was previously reported why WCW ended Goldberg’s streak, and he had to admit on WWE The Bump that it was “losing momentum.” Goldberg has given many different answers about the streak’s end in the past, and he’s been pissed about it, but he can now look back in retrospect with a bit more clarity.

The two-time Universal Champion said that Kevin Nash was “the perfect guy” to end his streak at the time. He also acknowledged the fact that he was just the wrestler in the situation and not the one calling any shots.

“I’ve been pissed off in my answers a number of times. That’s childish. The fact is that Kevin Nash was the perfect guy to do it at the time. It was the perfect time to do it. I think the streak was losing momentum. Who am I as a professional wrestler to give my opinion? I’m not a booker, you know I’m just a guy who takes the story and tries to act it out in front of the crowd.”

“I will put it to rest. At the end of the day, it doesn’t’ matter. I’m all good with it. It needed to be done, but damnit, did it need to happen on my birthday?”

DDP recently said that Dusty Rhodes pulled for him to beat Goldberg at Halloween Havoc, but that didn’t happen. Instead, WCW held onto the streak until Kevin Nash and a cattle prod took it away from him.

Do you think WCW should have ended Goldberg’s undefeated streak? Sound off in the comments below!

News Tip
wpDiscuz
41
0
Would love your thoughts, please comment.x
()
x
| Reply
You are going to send email to
Move Comment