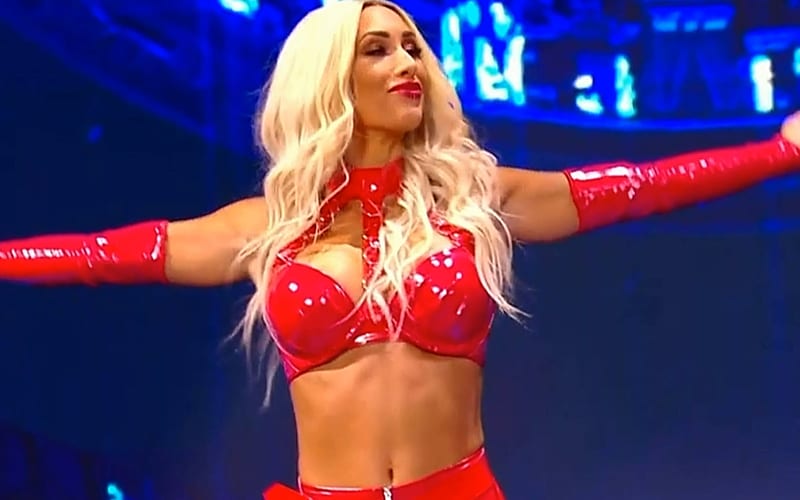 WWE is bringing back the Slammy Awards on December 23rd. Fan voting is now open and you can get that info here. Carmella is very excited for the Slammys, and she expects to win.

Since returning to SmackDown, Carmella has been on top of the roster, vying for Sasha Banks’ SmackDown Women’s Title. She also really expects to pick up one of those Slammy Awards.

The former SmackDown Women’s Champion tweeted out that if she doesn’t pick up a Slammy for best ring gear then this voting is fixed.

If I don’t win a #Slammy for Ring Gear of the Year then we know this is rigged once and for all.

We’ll have to see who the fans vote for when the Slammy Awards come around. To be fair, Carmella missed a majority of 2020 as she remained off television through most of the pandemic. There’s always 2021.