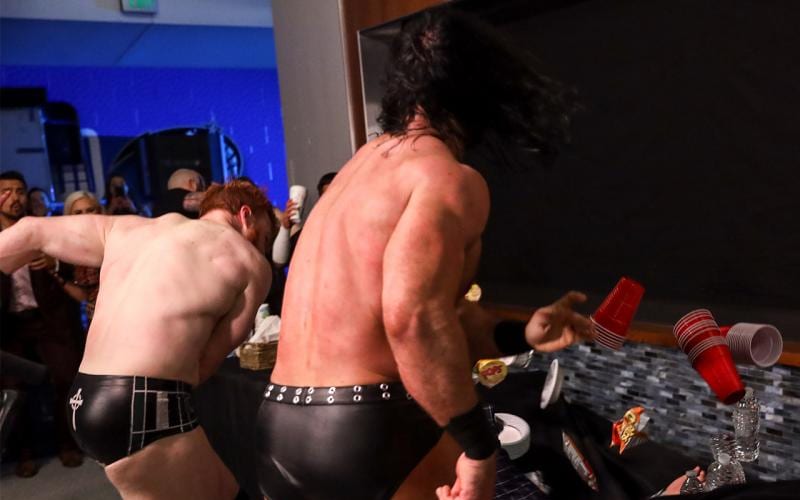 Drew McIntyre and Sheamus ganged up on Pat Buck last night after they had a brawl themselves. That brawl was so good that World Star Hip Hop might feature the video, because Drew Gulak recorded a video for them.

Adam Pearce was clear that McIntyre and Sheamus could be punished for assaulting Pat Buck. That is very possible, but we’ll have to see what happens.

Buck replied back to Pearce by saying, “Thanks, Adam. Well said. #justiceforBuck.” That justice for Buck might be coming sooner than expected as the five-time NWA World Heavyweight Champion WWE official tweeted back saying:

Reasonable men that dress for success deserve dignity and safety. As my compatriot and former tag team partner, I will fight for you. Best wishes on your (hopefully) speedy convalescence.

This is all a part of the storyline, but it is interesting that WWE is taking this approach. We’ll have to see if TLC plans get changed around because of this backstage assault that is a candidate for World Star.