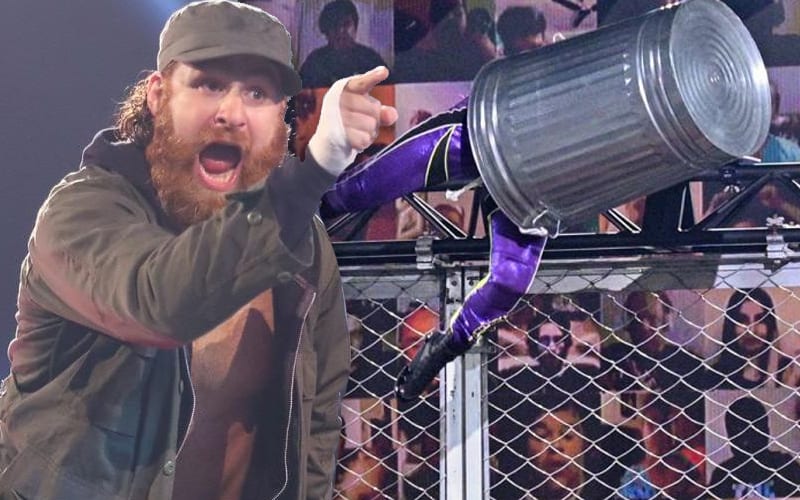 WWE NXT TakeOver: WarGames was an action-packed night, and it included Io Shirai taking a dive off the top of the structure while wearing a garbage can. That spot got a lot of attention.

Sami Zayn saw that Shirai spot, and he seemed to enjoy it. Watching that stunt seemed to bring back a sense of nostalgia for the current IC Champion as well. It reminded him of an old deathmatch wrestler he used to know from Montreal.

Reminds me of Montreal wrestler SeXXXy Eddy. He’d MOONSAULT w/a garbage can over his head. Off cages, through tables. A madman.

He also once did a light tube deathmatch where he cut an artery & rather than get medical help, drank his own blood, inadvertently launching my career.

Io Shirai was hurt a bit during that WarGames match, but it wasn’t due to that fall. She suffered another stunt later on in the match where she was crushed while inside a garbage can.

That garbage can dive was a pretty memorable moment, and it was also a very creative way for Io Shirai to land herself in the WarGames match to finally get things started.