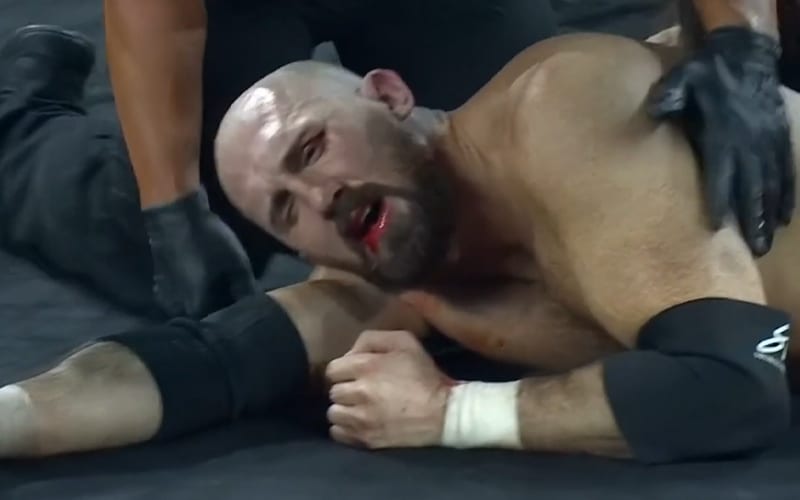 Oney Lorcan took quite a bit of punishment at NXT TakeOver: WarGames. His face was lacerated, but he has good news to report the next day.

Following that brutal WarGames match, where Pat McAfee and his Kings Of NXT lost to the Undisputed Era, Oney Lorcan was bleeding from his face. He was tended to by medics at ringside as soon as the show was over.

Lorcan sent out a simple tweet following the night. He included a photo of himself with two words in all capitol letters: “I’M GUCCI.”

It seems that Oney Lorcan is all good following NXT TakeOver: WarGames. He is probably a bit sore, but that’s nothing new for him. Others weren’t so lucky as Candice LeRae is believed to have suffered a broken arm during her match.