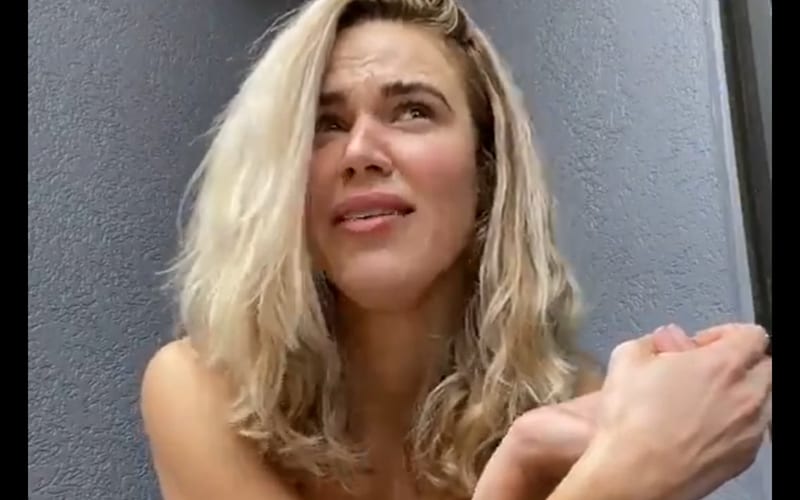 Lana worked hard to earn her spot in WWE, but it is still a scary experience as she faces what is likely to be the biggest challenge of her career at TLC.

The Ravishing Russian received a lot of attention after a two-minute clip from her WWE Network Chronicle special went viral. Lana was crying in that clip as she discussed how mean fans are to her. She cried once again in this new clip, but her anguish was directed elsewhere.

Lana said that she knows who she is in WWE, and she knows what she lacks. She said “the other girls are more gifted than me, more talented than me.” Then Lana said “it might come to a really big surprise to everyone, but I wanna be champion.”

I know who I am, and the odds I’m up against.

She admitted that some fans might think she’s delusional for wanting to be champion. Lana said she wants to fight at TLC “even though I might get my ass kicked, because I don’t want to be defined by anybody but myself, it’s scary.”

Lana has a lot to prove, and she realizes that. “Damnit, I wanna be champion,” she said just before the video cut off. It was another emotional performance from Lana which you can check out below.