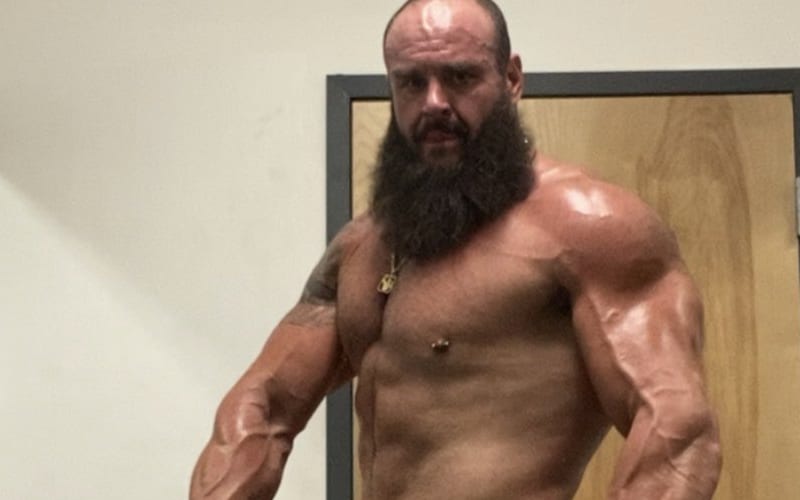 Braun Strowman was injured and pulled from a planned TLC match for the WWE Title. He won’t be facing Drew McIntyre on December 20th, but he’s certainly paying close attention.

The Monster Among Men was suspended after putting his hands on WWE official Adam Pearce. That indefinite suspension really upset Strowman, and it’s only getting worse the longer he stays out of action.

He sent out a threatening tweet on Monday morning to let everyone know that he’s only getting bigger, stronger, and faster “every MF day.”

The longer I wait the worse it’s gonna be for everyone!!! Every MF day I get bigger I get faster I get stronger. I am the definition of unstoppable!!!! Y’all must have forgot who the hell I am!!! #RemeberYouDidThis

Strowman also included a very intense bathroom selfie where he showed off his chiseled physique. He has done a lot of work in the last year to get himself in the best shape possible, and it has obviously paid off.

WWE was able to avoid putting Braun Strowman through surgery. This is a great sign for his eventual return. We’ll have to wait and see how long it takes for him to return to action, but he seems to be more than ready to give those hands once again.