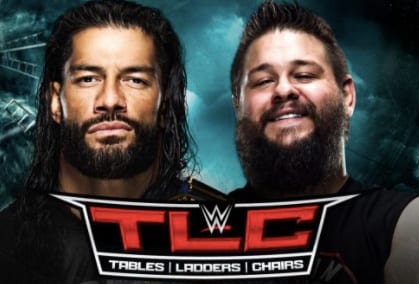 As seen on Sky Bet, the betting odds for Roman Reigns vs Kevin Owens at WWE TLC have been released.

For the last few weeks Kevin Owens has made it his mission to call out Roman Reigns and, subsequently, go after the Universal Championship that the Tribal Chief currently holds.

After getting Roman’s attention in a big way, Owens will now challenge him for the belt at the final big pay-per-view of the year.

Reigns is currently the overwhelming favorite with odds of 1/10 whereas Owens is a distant 11/2 underdog, giving fans a pretty good idea of what we should expect at the event.