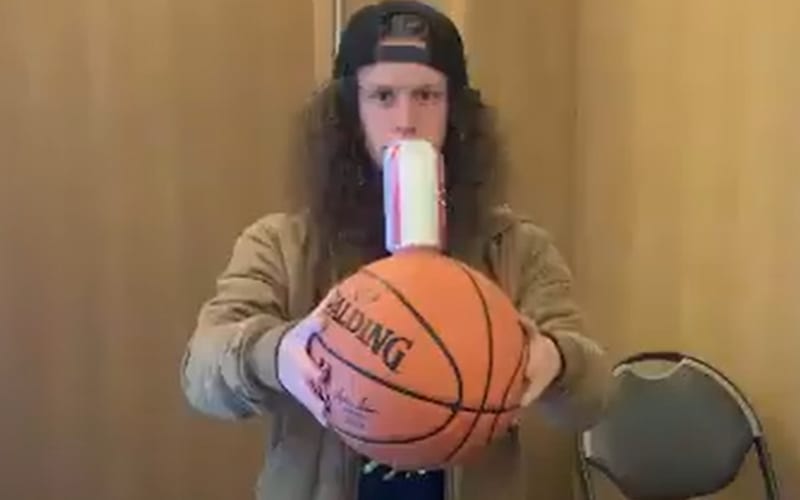 AEW stars have to entertain themselves backstage sometimes. Marko Stunt was perfecting a trick that involved a basketball and a beverage. It did not go as planned.

Stunt said that he did pull off the trick, but the take of himself getting hit right in the crotch by that flying can was much funnier. He graciously uploaded the video for everyone to enjoy. Luchasaurus was there, but he was a big preoccupied by putting on his mask.

I actually did it, but this is a way better video

It looks like Marko Stunt survived the direct hit. Unfortunately, the video cut out right before the point of impact. You can check it out below.