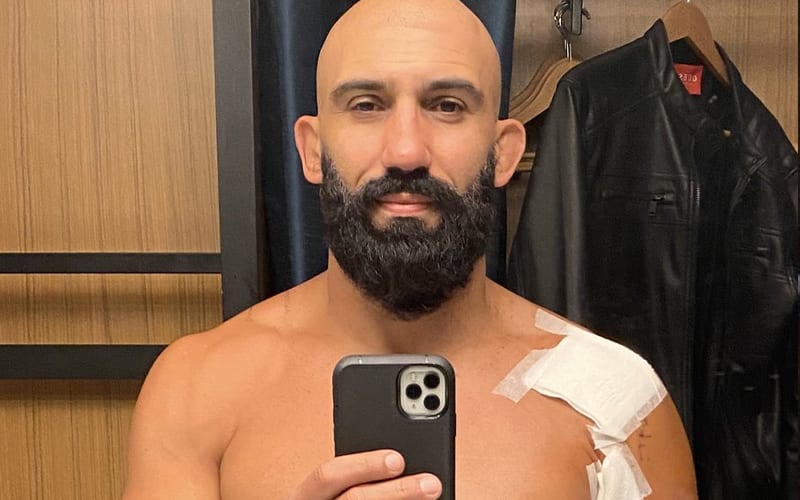 The pro wrestling ring is a very unpredictable place, and injuries are always a possibility. Arturo Ruas was injured during his NXT return match against KUSHIDA, and now he is back on the road to recovery.

Ruas, who was reportedly sent back to NXT, recently popped up in the news again. Apparently, his NXT excursion wasn’t meant to be a full changing of the brands. Both Ruas and Dabba-Kato are still on the RAW roster and waiting for more time for “seasoning.”

Arturo Ruas tweeted out an update after surgery. It went well, and now he is focused on coming back even stranger.

The surgery was successful now it’s time to heal and comeback stronger. For a warrior there will only be victory with a good fight and glory with honor.

Arturo Ruas was brought over to the main roster where he sat for months with nothing to do. They introduce him through RAW Underground, but there was nothing left for him once again after that weekly segment was nixed.

We’ll have to see what’s next for Ruas, but he seems motivated to make a return to Beast Mode as soon as possible.