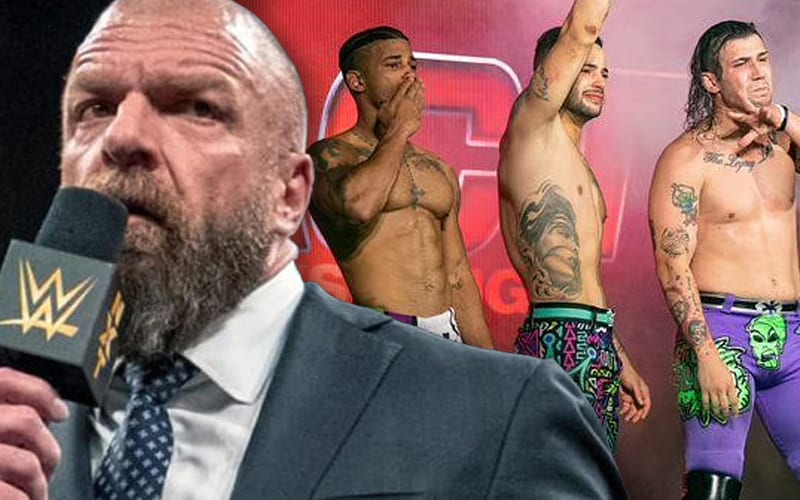 Triple H wants to cultivate talent in NXT, and he is a big fan of people who made it to WWE on their own. The company recently signed 2/3 of the Rascalz, and there are some exciting possibilities.

Trey Miguel did not sign with WWE. There is reportedly interest elsewhere for him, but Zachary Wentz and Dezmond Xavier did ink deals to start at the WWE Performance Center in their latest class of signees.

During a recent media call, Triple H spoke about signing Xavier and Wentz. He’s not certain that they had someone along the way guiding them, because they might have figured it out on their own. Triple H loves to see that in a wrestler, and he is excited for what’s to come.

“They figured out their personality and charisma, they’ve figured out the in-ring style that they have and made it their own. I’m big fans of that. I’m excited to see what they can do now and when you meet them, they’re really great guys that are humble and are hungry and looking for that opportunity.”

We’ll have to see what all three members of the Rascalz do during this new chapter in their careers. Trey Miguel is not joining Wentz and Xavier right now. WWE could also change a lot about their gimmick as their affinity for marijuana will likely not mesh well with WWE’s TV-PG content.