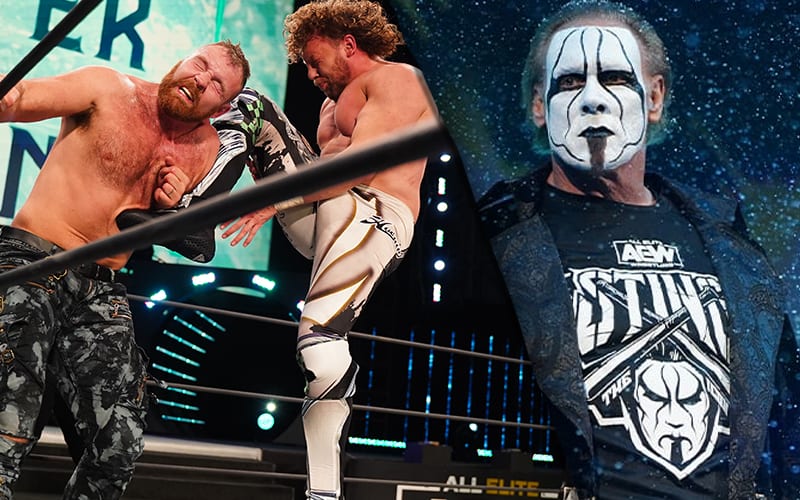 AEW brought “Winter Is Coming” to TNT this week. They destroyed WWE NXT in the ratings and viewership number, but what segment won the night?

The breakdown from Showbuzz Daily‘s numbers showed that the 7th quarter hour brought in 952,000 viewers. There was a bit of a drop to 945,000 for that 8th, and final, quarter hour. The main event was still the most-watched segment of the night.

A lot of that could have been contributed to Sting, who showed up right after 9:00 PM. You can see how Google search trends shot up in the graphic below.

By comparison, WWE NXT’s main event, which was a ladder match between Shotzi Blackheart and Raquel Gonzalez, captured 689,000 viewers.