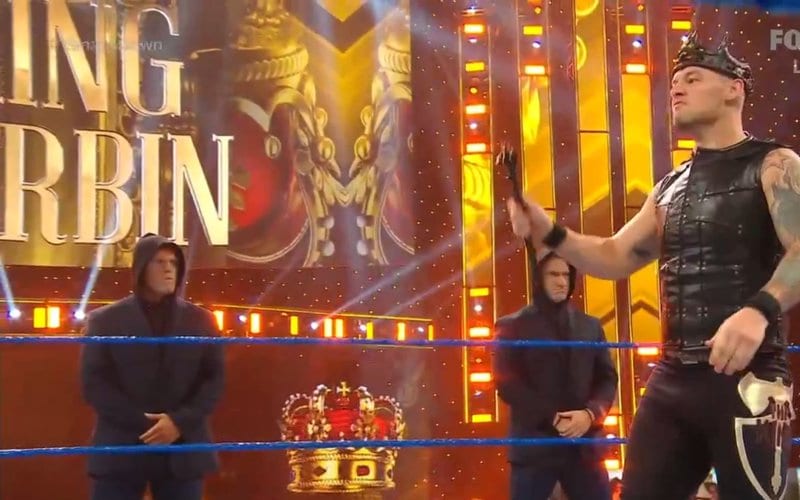 The Forgotten Sons, Steve Cutler, Wesley Blake, and Jaxson Ryker, debuted for WWE over the Summer. Then a poorly timed tweet from Ryker in support of Donald Trump caused the stable to be pulled from action. Now 2/3 of them are back.

King Corbin faced Murphy once again this week. Corbin said that he will be ready this week after the Mysterio family got involved in their match. This week, he had backup.

Steve Cutler and Wesley Blake appeared beside King Corbin as his backup. Jaxson Ryker was not seen, nor was he mentioned. They later confirmed that Blake and Cutler are keeping their names, but Corey Graves said they were formerly of the Forgotten Sons.

This plan for Corbin paid off as he got the win over Murphy. Cutler and Blake assaulted Rey and Dominick Mysterio to cause a distraction. Interestingly enough, Wesley Blake and Buddy Murphy were a tag team in NXT managed by Alexa Bliss.

This is an interesting placement for Cutler and Blake, but at least they found their way back to WWE television.