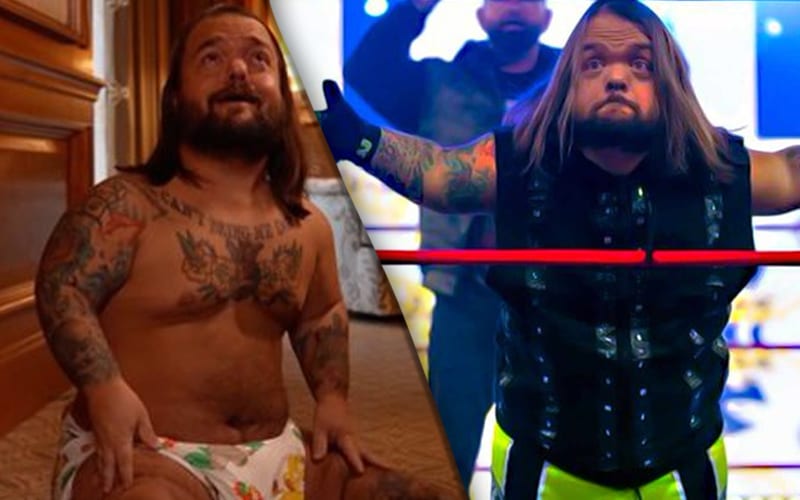 AEW and Impact Wrestling now have a partnership, and the possibilities have no limit at this point. If you ask Swoggle, fans can thank him for that union.

Swoggle started appearing for Impact Wrestling at Bound For Glory. He stayed with the company, and he was recently used in an AJ Styles parody segment that got a lot of buzz.

AEW also featured Swoggle on their program in recent memory. He played a role in the Inner Circle’s Las Vegas getaway sketch. Swoggle played a parody of the baby from the Hangover movies.

“You’re welcome marks,” Swoggle posted along with shots of him in a diaper on AEW Dynamite and dressed like AJ Styles on Impact Wrestling.

We’ll have to see if this new partnership between AEW and Impact Wrestling will allow the Inner Circle to continue their storyline with Swoggle. He seems to be under the impression that he’s a connecting thread in this situation.