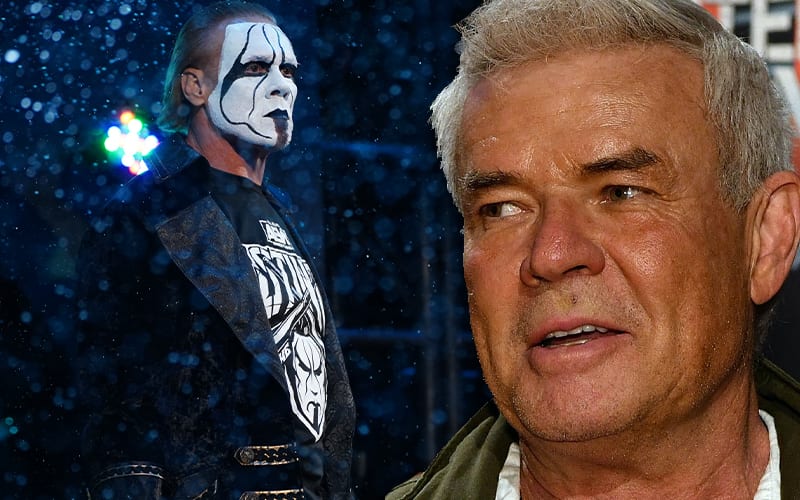 Eric Bischoff was watching AEW Dynamite when Sting debuted during Winter Is Coming. He really enjoyed what AEW brought to the table.

Easy E, who has appeared for AEW twice before, tweeted out his reaction to Sting’s Dynamite debut. Bischoff is invested, and he would like to know where they go next. AEW certainly received praise from a man who spearheaded WCW creative for so long.

I’m excited about the possibilities with the addition of @Sting to the @AEW roster and the potential of the story going forward. So far, they’ve over delivered on one very important story element and have laid an intriguing foundation for another. I’m in.

Sting will be a regular performer on AEW television, but the 61-year-old Hall of Famer isn’t likely to take bumps. He will be on Dynamite next week where he will speak to the AEW fans for the first time.

We are certain that AEW plans to use Sting a lot more often than WWE ever did. If you ask Eric Bischoff, they might already be doing a better job.