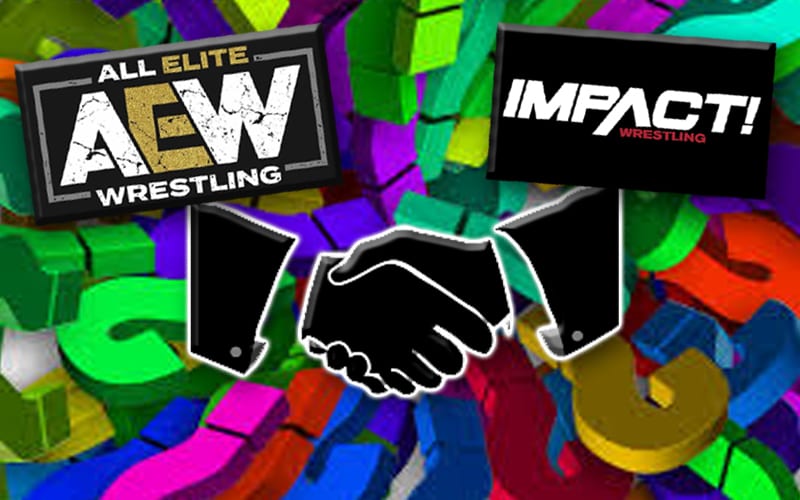 AEW and Impact Wrestling started a partnership, but it is still very early on in the deal. This was something that the Jackson brothers were whispering into Tony Khan’s ear about for years. What’s going to happen next?

Click here for our complete coverage of AEW Winter Is Coming.

The Young Bucks spoke to the Living The Gimmick podcast’s Patreon account where Matt Jackson admitted that they don’t know what this partnership will include. There are plans about where they are headed next, but he didn’t provide any spoilers. The extent of this partnership is currently unknown since the deal is still in its infancy.

“What do we know about it? It’s so early I don’t think all of us collectively know what it means. I think we’re kind of dipping our toes in it right now and we’re going to see what we can get out of it, but there are, you know, immediate plans that I can’t just give away right now, but my dream, if I had it my way I just think about the possible dream matches.”

“People are already hitting me up like, ‘Oh my god can you imagine Young Bucks vs Motor City Machine Guns ten years later?'”

Matt Jackson said that the teams in Impact Wrestling are incredible. He said “The North are just fantastic,” and it’s hard to debate that fact.

AEW and Impact Wrestling could provide fans with a lot of unique matchups that they never thought would be possible. It’s just another unpredictable thing that 2020 brought us. Let’s see where things go from here.