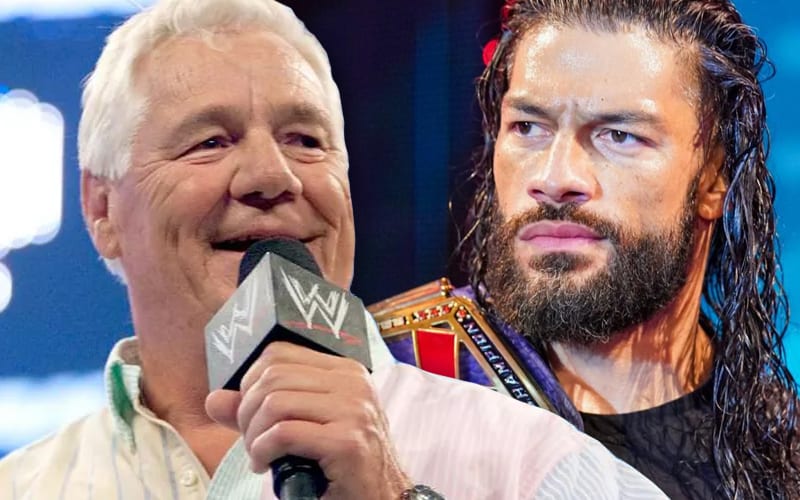 Pat Patterson passed away at the age of 79-years-old. He was reportedly battling cancer at the time of his death. He will never be forgotten.

He was Vince McMahon’s right-hand man for years, helping to craft those legendary storylines by the pool of McMahon’s Stamford home along with Bruce Prichard. Now Patterson is gone, but his memory lives on with everyone who knew him.

Tons of tributes were released following Patterson’s death. Roman Reigns also spoke out to remember the huge impact he had on so many, including himself.

A major loss for the WWE family today. Pat worked alongside my family for years and was always invested in my success. Brilliant mind for the business and always ready to make a joke … at your expense! Rest In Peace, Pat. God bless.

Pat Patterson was a trailblazer in many ways than one. Stories of his influence and incredible personality are bound to continue flooding the Internet Wrestling Community today as we all remember a true legend both in and out of the ring.

RIP Pat, and thank you for everything.