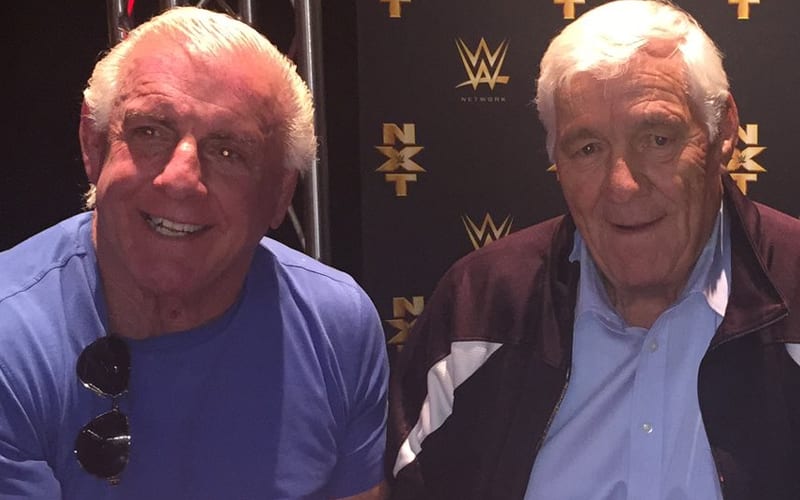 Pat Patterson passed away at the age of 79-years-old. His cause of death has not been publicly revealed at this time. Losing a legend like Patterson cause many to speak out about the incredible influence the man had on the entire pro wrestling business.

Ric Flair and Pat Patterson got to know each other in WWE. The two never had a great rivalry, but they did have a friendship behind the scenes.

The Nature Boy sent out a tribute to Patterson as so many others did this morning. In that tweet, Ric Flair revealed the last thing he remembers Patterson saying to him.

A Great Wrestler, He And Ray Were Second To None, A Fabulous Mind, Caring And Thoughtful, Always Had A Smile On His Face. Just To List A Few Of Many! The Last Thing I Can Remember Him Saying To Me Is “She Is So Damn Good Ricky, Are You Sure She Is Your Daughter?” RIP Pat!

Ric Flair is very proud of his daughter Charlotte Flair’s accomplishments. The Queen’s ability apparently caused Pat Patterson to crack a little joke with Flair doubting that he is actually her father. That shows the kind of humor Patterson had with so many, and it will undoubtedly be missed by so many.