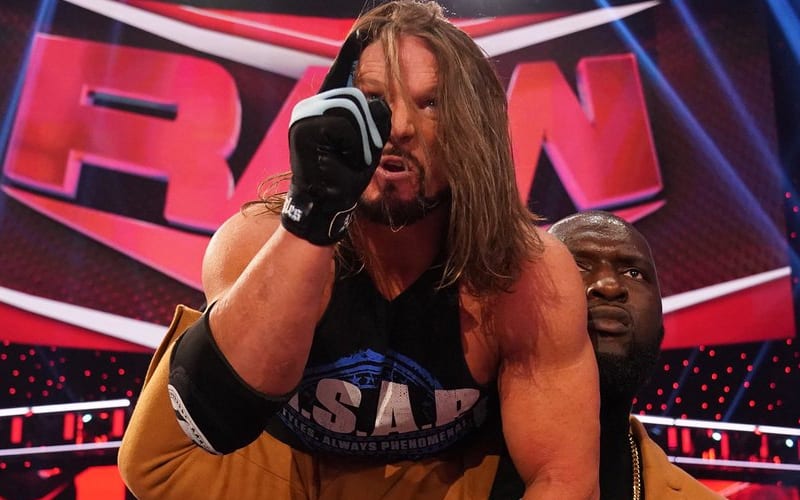 AJ Styles is the new #1 contender for Drew McIntyre’s WWE Title, but he would much rather face The Miz. The A-Lister failed at cashing in his Money In The Bank contract, and AJ Styles was very upset about that.

Styles tweeted out on the morning following RAW, and he was still very upset about The Miz’s failed cash-in. He also said that Drew McIntyre’s kilt must be lucky. AJ Styles also called his bodyguard Omos “a giant angle” who protected him from a taking a beating this week.

I practically GAVE @mikethemiz the @WWE title last night on #WWERaw… I don’t know what kind of lucky kilt Drew is wearing but he should be THANKFUL he’s got a giant angel protecting him from me!!! @TheGiantOmos #HolidaySpirit

AJ Styles is set to face Drew McIntyre at TLC on December 20th. The Miz might continue trying to cash in his Money In The Bank contract, but that obviously didn’t work this week.

The A-Lister could also be a very unpredictable Mr. Money In The Bank. Let’s see what happens from this point on, but Styles is not a very happy #1 contender right now.