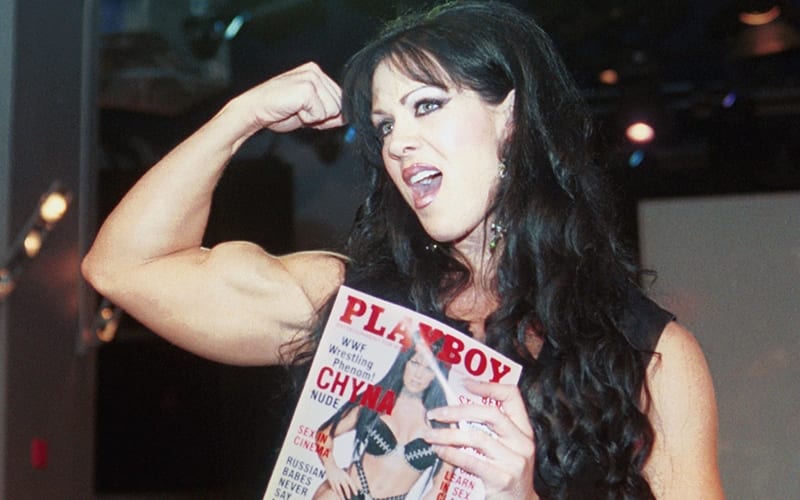 WWE likes to have as much control over their Superstars as possible. They don’t want their talent getting tattoos without permission, and the same is true for plastic surgery. Chyna apparently enraged Vince McMahon after she got breast enhancement surgery.

While speaking to Wrestling Inc, Anthony Anzaldo, Chyna’s former manager spoke openly about her trials and tribulations with WWE. He revealed that Vince McMahon was livid over her first breast enhancement surgery. It also went very wrong as Savio Vega accidentally popped one of her implants during a match.

“They offered her the WWE Championship belt, but Vince said, ‘But you can’t do Playboy’ because she got offered to do Playboy. She chose Playboy over the belt. She went and got her boobs done one week and didn’t tell Vince, and when she came back, he was f-ing pissed. That was her first boob job.”

“And that boob broke. Savio Vega, in the ring, chain match, he hit her in the t*ts with his chain and popped one of her boobs. So she let that go for while. She got sick. Ultimately, went to Thailand, got the boobs done, re-done but the guy did a bad job with the sewing around the nipples. So she’s opening a bag of chips and they sprang open, and so her nipples eventually looked like they were sort of splattered on her areola.”

Chyna went through a lot during her life, and she is sadly not around now to see herself in the WWE Hall of Fame. There are also so many on-going projects about her currently in production that Vice’s Dark Side of the Ring pulled her episode from their third season.

WWE never gave Chyna the WWE Title because she posed for Playboy. It also makes us wonder how WWE history would be different if she turned down Playboy instead.