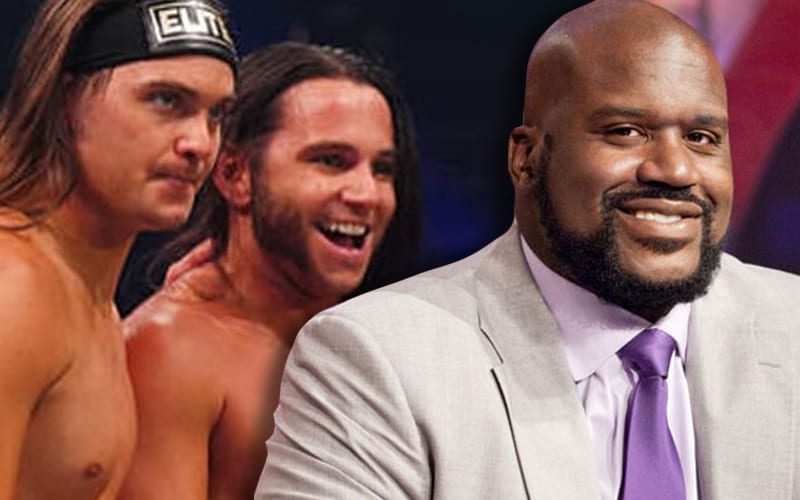 Shaquille O’Neal might show up in AEW eventually. His name was dropped on Dynamite during Jade Cargill’s debut. She later took out Brandi Rhodes backstage which seemed to be an indication that they will continue that story at a later date.

While fans wait for Shaq’s AEW debut, some are wondering if they need him. The Young Bucks recently spoke to Wrestle Zone where they explained why they want Shaq on Dynamite.

They’re all about whatever can bring people to the company. Shaq’s name could get a lot of people tuning in just to see what the NBA Hall of Famer will do.

I’m all for it because we need to try to get more eyeballs on our product and that’s definitely a way to get the fans that probably wouldn’t watch AEW Dynamite. He’s a celebrity, let’s face it, and he’s got a lot of fans so he’s probably gonna bring a lot of new eyeballs to whatever he does.

Shaq has interest in participating in AEW, and he was backstage at Full Gear. He also wanted to do something with The Big Show at WrestleMania, but Vince McMahon didn’t think Shaq was in good enough shape at the time.

O’Neal might not be ready for a 5-star match, but he could show up to entertain in an AEW ring sooner or later.