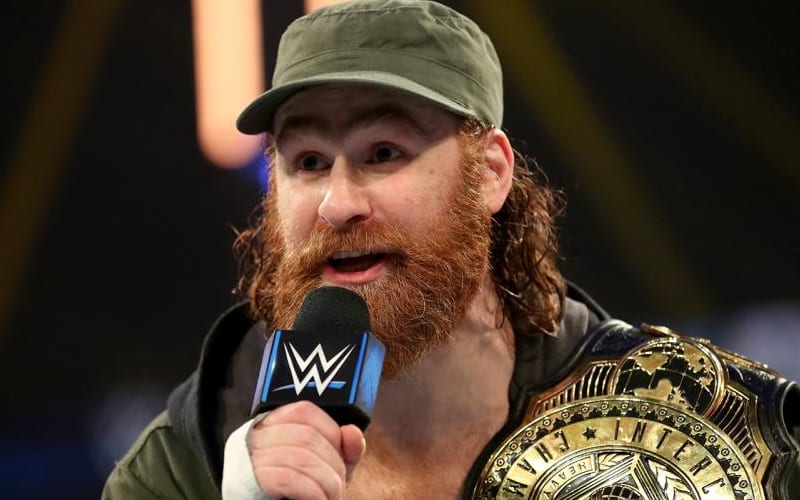 Sami Zayn is a persecuted WWE Superstar, and you can’t convince him otherwise. He is IC Champion, but still doesn’t get the respect he believes is he deserves. That mistreatment must end if you ask him.

Zayn replied to WWE asking if fans have been “sleeping on” him as Intercontinental Champion. His reply was quite direct as he blamed WWE management for working overtime to sabotage him.

The people of the world that I represent as Intercontinental Champion love and respect me, and WWE management is working overtime to sabotage me. No one is sleeping.

We’ll have to see what’s next for Sami Zayn. It seems a TLC match against Big E is in line. There are only four confirmed matches for TLC as of this writing, and that isn’t one of them.

Perhaps Zayn will lose that title on December 20th, but even if he retains odds are he will still be unhappy with how WWE treats him.