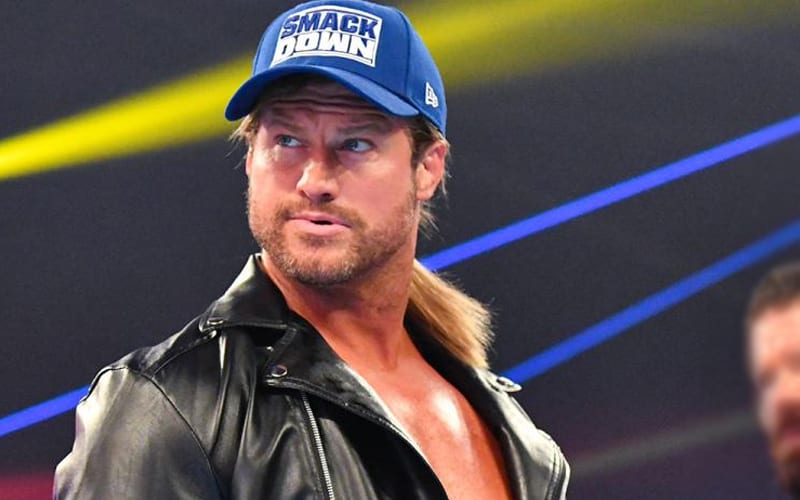 Dolph Ziggler is a featured WWE Superstar and he has been for a very long time. All of that experience in the pro wrestling business apparently didn’t make him a fan of the sport he gave so much time to.

While on Talking Smack, Dolph Ziggler spoke up about his current situation. He shows up to work because they pay him a lot of money. It doesn’t matter what he’s doing, because he’s not even a fan of pro wrestling. Since he doesn’t even really watch pro wrestling, he just wants to “kick ass and win,” as long as he isn’t in breach of contract.

“We came to work today. So, that’s how it starts. You show up, you do your job. I mean, I wouldn’t want to be in breach of contract, because I get paid a bunch of money, whether it’s her for a day or even talking to you guys (points to Heyman and Braxton), which is great. Money first, make sure you show up and get paid, and then show everyone why you get paid more than everybody else, who may or may not be in the building at the time. SmackDown – I don’t watch wrestling, I’m not a big fan. I come to work to kick ass and win.”

The Show Off was likely cutting a heel promo. There could have also been a bit of truth in what Dolph Ziggler was saying. He spent a lot of time in WWE proving that he is on a top level.

It appears that Ziggler and Robert Roode are in line for a SmackDown Tag Team Title shot after beating the Street Profits. Out of four confirmed TLC matches, that is not one of them.