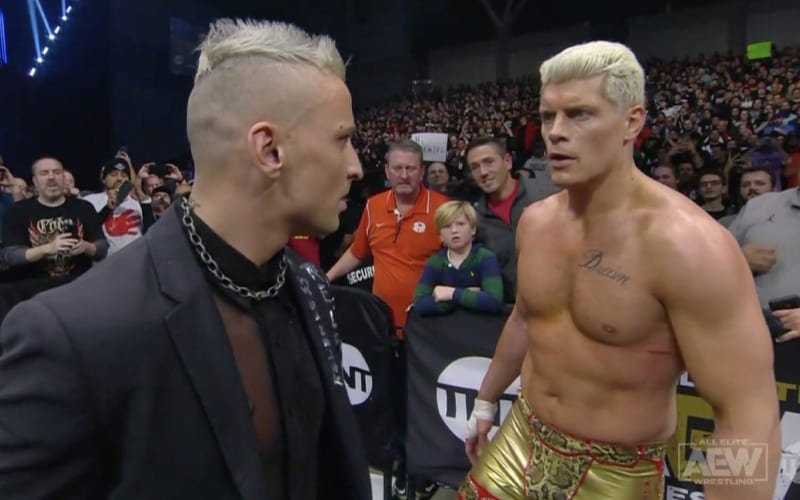 AEW brought Darby Allin onto their roster early on in the company’s history. He was a Cody Rhodes signing, and Allin made sure Cody knew he was interested.

While speaking to Inside The Ropes, Darby Allin admitted that as soon as he heard that AEW was interested in him, he blew up The American Nightmare’s phone. He knew he wanted to have that creative freedom that AEW offered him.

Allin had an opportunity to join WWE through EVOLVE, which was acting as their developmental territory at the time. He obviously decided that he wanted to go with AEW as they were a better fit.

“Yeah, I just heard that he was interested in hiring me. And the moment I heard that, I just blew his phone up and I was like, ‘Dude, I need this, I need this. Like, there’s nowhere else I want to go. I want to have my creative freedom there. This is it, get me involved.’ So I just called him off the hook.”

When I heard the words ‘creative freedom’, you know, if I’m going to make it in this world, I’m going to do it as Darby Allin – no-one else. I’m not going to have anybody change who I am. So AEW is my calling card.”

Darby Allin is a star who should be a featured part of AEW for years to come. We’ll have to see what the future holds for him, but persistence got him to AEW and it will likely continue to take him on one adventure after another.