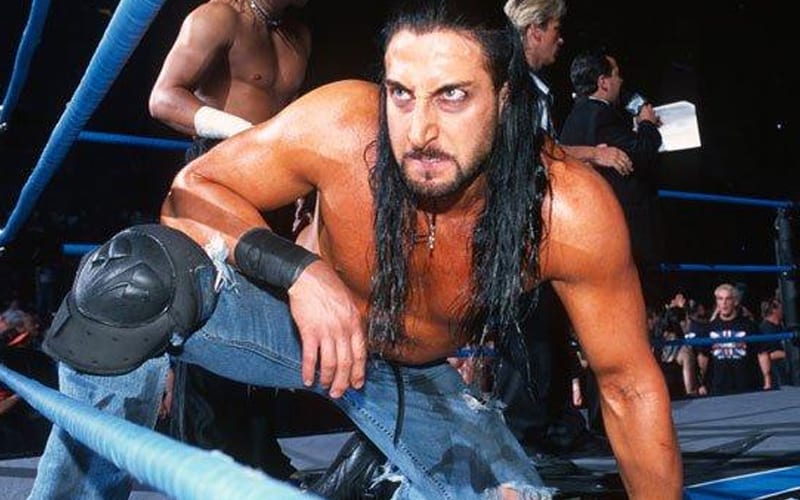 Pro wrestling takes on different shapes, and it’s difficult to find someone who loves every kind of pro wrestling equally. If you ask Crowbar, he loathes death matches and excessive violence for the sake of being violent

While speaking to Bodyslam, Crowbar discussed one of his favorite matches with Terry Funk. Then he proceeded to explain his view on using weapons in matches. He continued to say that weapons should be introduced because it makes sense, and he hates “random garbage and props” being used in a match.

His opinion of death match wrestling isn’t very high either as he continued to unload about how weapons should be used in a pro wrestling match. This is obviously a subject that he feels strongly about.

One of my favorite matches as a fan was Flair Vs Terry Funk, “I quit” match from 1989.

I always describe this match as “Hardcore” before was even a wrestling term.

This match drew me in and I instantly became a huge fan of both of these incredible wrestlers.

I’m not a fan of random garbage and props being used as weapons: kendo sticks, sledge hammers, ball bats, pipes – hell I’ve seen some of the ridiculous stuff used as weapons in wrestling these days.

This match was violent, but it made sense and told a story. Weapons were used – but the weapons were naturally occurring objects from ringside.

I feel, and it’s just my opinion, that it is easier to suspend disbelief when you make an effort to try to make the match make sense and tell as believable story as possible – (within the crazy world of professional wrestling of course.)

Announcers table, chairs, electrical wires, ring bell, the microphone itself, a pulled up mat that exposes the concrete floor, the ring steps, smashing your opponent into guardrails – all of this naturally occurs in the normal setup of ringside. I can even see using a garbage can if a brawl spills over into the fans or backstage – where one would normally find a garbage can – and the garbage can is used as a weapon out in the crowd or brought back to ringside.

I initially didn’t like the random pile of stacked folding tables under the ring, but it’s become universally accepted in this day and age.

Putting the announcers table inside the ring also is not an option anymore as announcers’ tables are no longer folding tables with a skirt – like they were in the 80’s and 90’s.

Today, Announcers’ tables are these big constructions weighing hundreds of pounds with monitors. They don’t fold up – there’s no way that you’ll ever be able to get one if these from ringside into a ring.

The folding tables under the ring are now just a widely accepted object to have at ringside for the soul purpose of being used as a weapon. – and honestly for whatever reason, it doesn’t bother me anymore.

I’ve always enjoyed combining wrestling with the use of weapons that ARE FOUND at ringside. What I personally refer to as “Jerry Lynn / Sabu / RVD style”

Many will jump on me saying in WcW I used trash cans, kendo sticks, whatever junk they threw in the garbage can of plunder.

My response is I was doing my job.   I was asked to use these items – so I used them.

When it comes to my preference, If I am given the freedom to create a hardcore match the way I like I prefer to make them in the Flair vs Funk, Jerry Lynn / Sabu / RVD ECW type of match that integrates weapons and wrestling maneuvers.

Many indie wrestling events with death matches had to close up for months due to the pandemic. We’ll have to see if a new boom in death match wrestling happens in the next year as things slowly get back to a new normal. Crowbar likely won’t be buying a ticket for a show that features such sports entertainment.