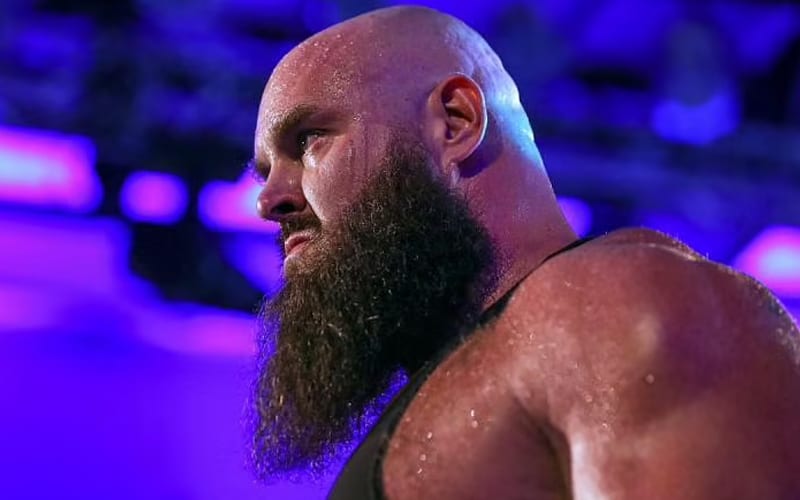 Braun Strowman’s situation is a very confusing one, and there is a reason for that. It’s also the reason why there are so many other issues within WWE.

Ringside News has kept fans up to date on Strowman’s situation. We exclusively reported that his name wasn’t on the Raw notes or injury report backstage. The company then proceeded to indefinitely suspend him and book a triple threat match to determine a new #1 contender.

Strowman was rumored to be injured at Survivor Series, and a knee injury seems legitimate enough to keep him off TLC. It was reported by Dave Meltzer that the writing team still hasn’t been told that Strowman is off the pay-per-view, and we can confirm that, as of last night, this is true.

Ringside News exclusively reported the only four matches currently “signed, sealed, and delivered” for TLC. Braun Strowman vs Drew McIntyre, although it was originally on the card, is not one of those approved matches. Instead, no match is listed for McIntyre at this time.

A tenured member of the creative team told us that “this is the type of thing that Vince [McMahon] and Bruce [Prichard], or both could say, ‘let’s keep this information from getting out there.'” There are also currently “too many games being played with Bruce close to Vince.”

This lack of leadership from the top has led to a lack of trust. The fact is Strowman’s injury did get out despite any attempt to keep it a secret. The reason for the confusion lands on those in charge of making those official decisions. There could be some hope that Strowman’s knee will be okay by TLC, but at this point it’s unlikely.