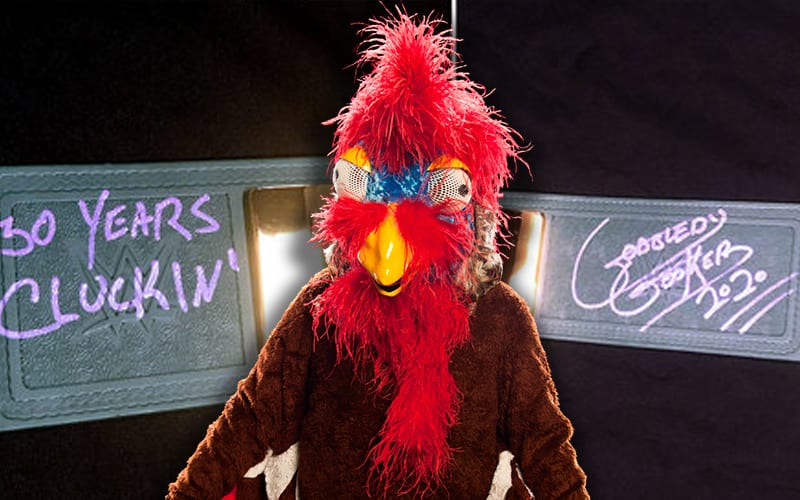 The Gobbledy Gooker became WWE 24/7 Champion 30 years after he debuted. Now one lucky fan can celebrate that event with a one-of-a-kind item.

WWE’s official auctions is selling off a Gobbledy Gooker WWE 24/7 Title signed by the bird himself. Drew Gulak was the man wearing the suit this time around, but it could have been signed by anyone, really.

Gooker, like Undertaker, celebrated his 30th year in WWE this year at Survivor Series. He was not played by the same man this time around. Hector Guerrero played the Gobbledy Gooker in 1990 and Gulak was three-years-old at the time.

As of this writing, the signed Gooker belt is at $315 with 13 bidders. There is over two days left in the auction as well. If you’d like to own a piece of history, you can click here.