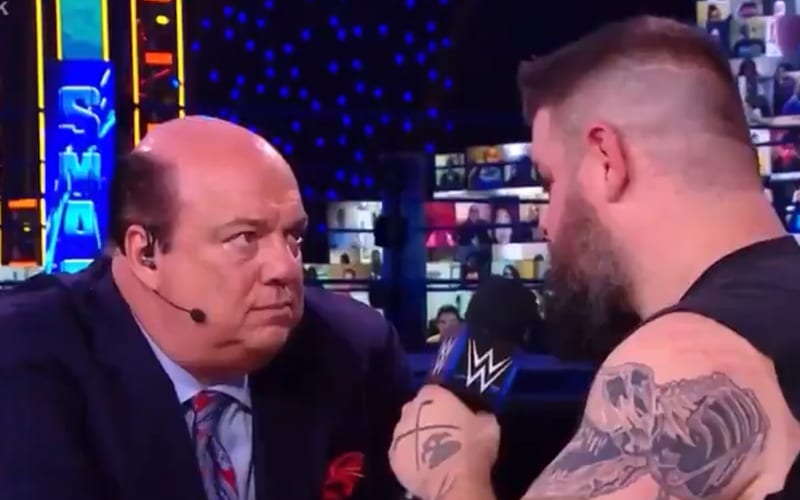 Kevin Owens is gunning for the WWE Universal Tile, but he will have to deal with the Tribal Chief first. KO had a chance to get some one-on-one time with the Special Counsel to the Tribal Chief on Talking Smack.

Heyman and Kevin Owens had a very intense moment on Talking Smack. Paul Heyman then posted both parts of their meeting online and he provided two separate tweets directed toward the former NXT Champion.

@FightOwensFight #KevinOwens #KO is VERY serious about challenging @WWERomanReigns for the position of being the uncontroverted NUMBER ONE … the Head of the Table … the Tribal Chief … the Universal Champion!

Ringside News was the first to report that Kevin Owens is going to Roman Reigns’ Universal Title. WWE decided to hold off on having Daniel Bryan vs Roman Reigns until possibly the Royal Rumble.

If Kevin Owens has his way, then Roman Reigns won’t make it to the Royal Rumble as the blue brand’s top champion.