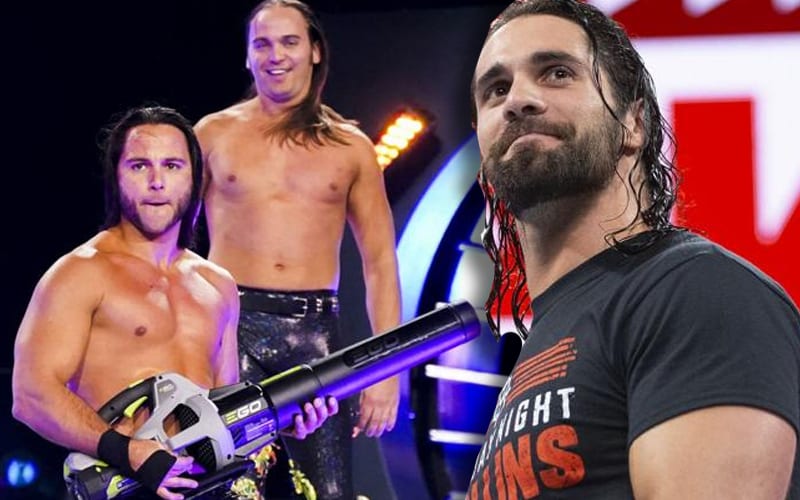 The Young Bucks’ new book dropped recently, and plenty of fans have picked up a copy already. Others haven’t been able to read it yet, but it is full of interesting stories.

One portion from the new Young Bucks book includes Seth Rollins, who they knew as Tyler Black. The Young Bucks explained that Rollins was misunderstood, and an introvert. One day, he told then that he would head line WrestleMania. That might have sounded lofty at the time, but the Messiah certainly pulled it off.

One of those guys was Tyler Black. Tyler, like Kenny and me, was an introvert and seemed to be misunderstood by the other wrestlers as being arrogant. After becoming friends with him, we learned that he was just shy, yet confident in his in-ring abilities. Being around guys like Tyler gave us strength in numbers.

One of the first times we hung out late at night after a show, Tyler confidently said to us, “I’ll be in the main event of WrestleMania one day,” He’d later become WWE’s Seth Rollins, and he’d do just that.”

The Young Bucks had a lot of different interactions with people along their way to AEW. Seth Rollins was just one of many that they met while paving out their own journey. Tyler Black had big dreams back then, but everything seemed to work out in his story.