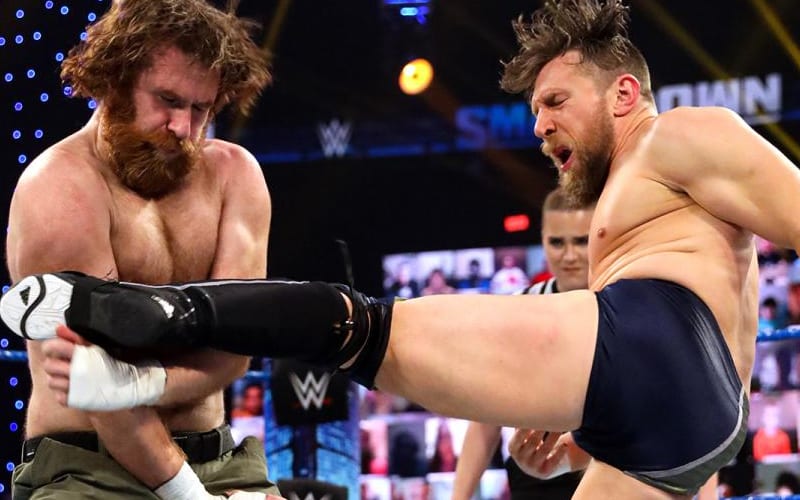 Sami Zayn and Daniel Bryan battled in a match during SmackDown this week, and it was quite a show. Zayn isn’t sure if or when he’ll face Bryan again, but it was an absolute privilege to share the squared circle.

Daniel Bryan and Sami Zayn’s match actually needed to be changed before SmackDown this week. Click here for more information on that.

Zayn, who is usually never short on negative things to say, couldn’t run his mouth about Daniel Bryan after their encounter on SmackDown this week. He said that Bryan is “the best in ring performer of our generation.” It’s argue with that, but Zayn still won the match.

As much as I run my mouth, it is always an absolute privilege to be able to get in the ring with Daniel Bryan. You never know if or when it might happen again. He is, in my opinion, the best in ring performer of our generation.

Still it should be noted, I won the match.

Daniel Bryan and Roman Reigns’ program for TLC was likely moved to the Royal Rumble. It’s impossible to tell that far ahead because of how often Vince McMahon is changing his mind.