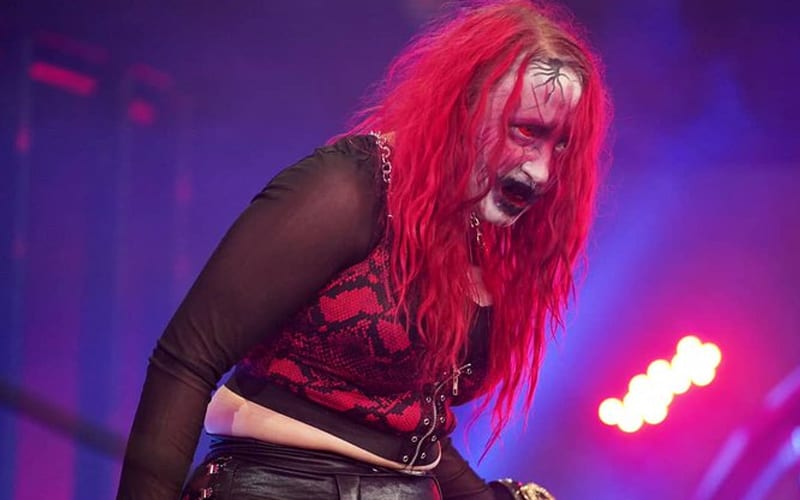 Abadon received a ton of attention when she debuted on AEW television. The Living Dead Girl, who they found in Denver, is now set for a much bigger spotlight.

AEW Dynamite featured Abadon’s return from injury this week. Abadon was put out of action for a few weeks after a stray elbow from Tay Conti put Abadon in the hospital. She was nailed in the throat and couldn’t breath. Abadon might be a zombie, but she still needs oxygen.

Abadon made a big statement on AEW Dynamite this week. She returned and immediately set her sights on Hikaru Shida’s AEW Women’s World Title. She followed that up with a pretty ominous message.

This is a very interesting situation. We’ll have to see what is next for Abadon, but AEW announced her signing so she’s under a full-time contract. She could have a bright future ahead of her in AEW, and she’s already marking her territory on the AEW Women’s Title.