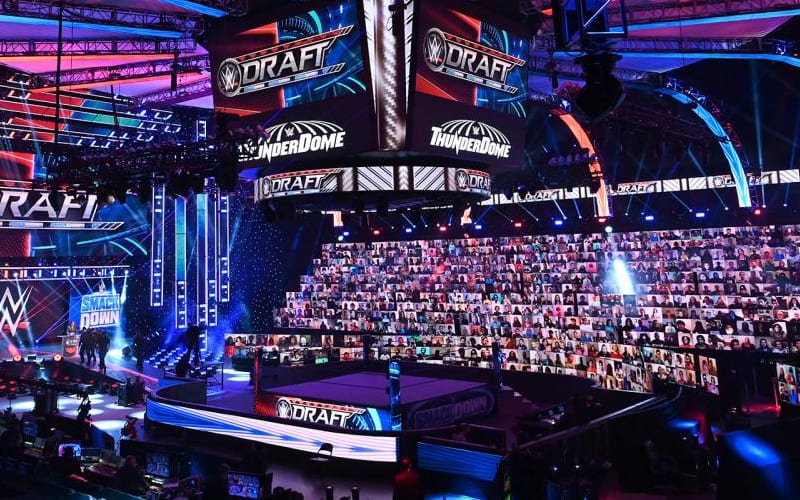 WWE’s move to the ThunderDome brought a lot of changes. It also gave WWE a lot more control. Sometimes WWE fans don’t cheer for who the company wants them to. The ThunderDome changed all of that.

WWE is piping in crowd reactions throughout the broadcast from the ThunderDome crowd. There are no rogue chants or Superstars getting different reactions from how they are booked.

It was noted in the Wrestling Observer Newsletter that WWE now has something that they “always wanted.” They can decide exactly who gets cheered and who gets booed. Now WWE doesn’t have to rely on a sometimes unpredictable WWE crowd to provide the soundtrack for the show.

We’re told this is exactly what management has always wanted, complete control of the crowd noise so it looks like everyone they want to get is over is and everyone they don’t want to get over doesn’t look like they are getting over.

WWE might have a bit of an issue with their new ThunderDome setup at Tropicana Field. There are a lot of variables in play that WWE doesn’t have in the Amway Center, like a colony of pigeons who already reside in the baseball field.

The sound is also awful at Tropicana Field, but that might not bother WWE as much if they continue piping in the reactions they want during the show.