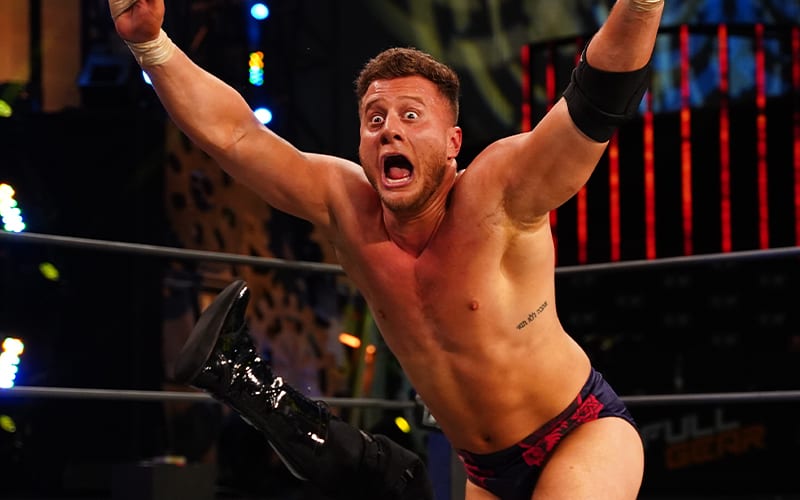 AEW has provided Chris Jericho with plenty of room to stretch his creative legs. He is proud of the work that they’ve been able to accomplish, and he’s not afraid to stand up and speak his mind when something needs corrected.

Storylines in pro wrestling aren’t supposed to be cookie cutter, and this is something The Million Viewer Man realizes. His angle with MJF through Full Gear is a perfect example of that.

Chris Jericho was recently a guest on Keeping it 100 where he spoke in some detail about his storylines in AEW. He said that his angles always have heat. They also have a beginning, a middle, and an end. It might not happen immediately, but good storytelling doesn’t have to be the exact same each time.

“A couple weeks ago when I was on commentary, MJF attacked me. We let them know it wasn’t going to be a finger poke of doom. Then when we had the match, it was very serious until the finish, which you kind of have to do, that sort of Eddie Guerrero finish for where we’re going. My feuds always have heat. They always have a beginning, middle, and end, and it’s always planned out accordingly. Sometimes you might just have to wait, but isn’t that what good storytelling is?”

Chris Jericho has a lot more pull with his creative direction in AEW than he ever had in WWE. He is able to let those ideas simmer for longer and stretch out a concept. It’s practically unthinkable to imagine that Vince McMahon would allow a musical number.

MJF’s angle with Le Champion is still ongoing which will likely head to an even larger conclusion as things play out in the weeks and months to come.