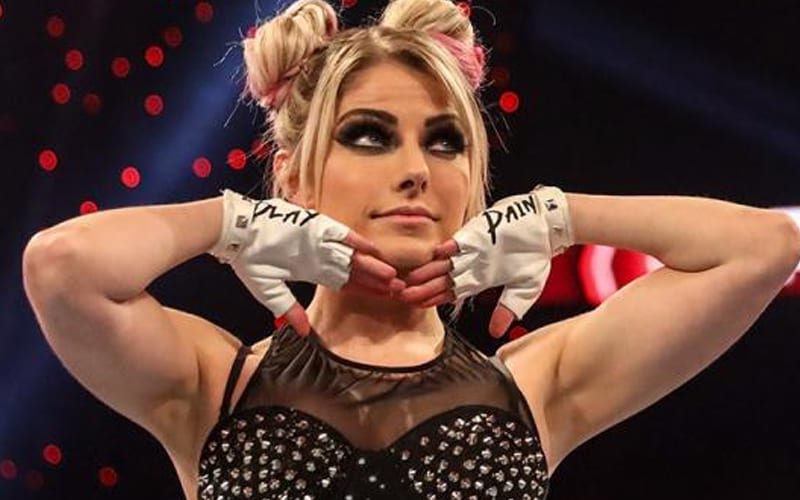 Alexa Bliss spends a fair amount of time on social media, but she doesn’t see every tweet sent her direction. She recently shared a little pro tip she uses in order to block some of the negativity.

Bliss posted an animated gif of Karen from the show Will & Grace. This gif showed Karen taking off invisible headphones, presumably muting out a conversation. That action seemed to fit Bliss’ intention of her tweet as she posted.

Alexa Bliss has read it all in her Twitter mentions. She even had to alert the authorities if a death threat came her way. It seems that her go-to tactic is to simply mute her haters so she doesn’t see what they’re saying at all.