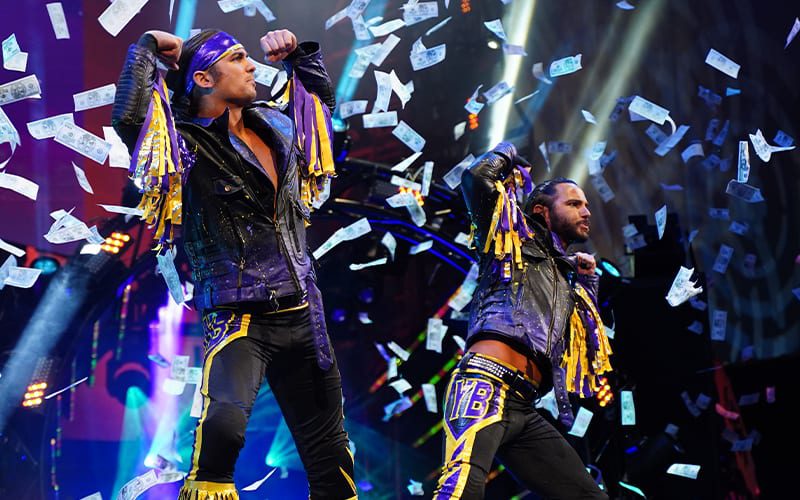 Cody Rhodes made headlines when he said that they don’t have a television in their “go position” at Dynamite tuned to NXT. He’s not the only one from AEW who isn’t watching their competition.

The Young Bucks have a new book out so they’re making media engagements. While speaking to Wrestling Inc, Matt Jackson stated that he forgets that NXT even has shows due to their “tunnel vision” while concentrating on AEW’s product.

“I forget that they have shows. It’s tunnel vision to our own product. It’s like, ‘Oh yeah, that’s right. There’s another show tonight. That’s right.”

Nick Jackson added that they don’t even watch NXT because he feels that it could “screw up their brains.” They don’t want to get caught up in the competition aspect of the Wednesday Night War as AEW needs to focus on their own show.

“And that’s the mentality of Dynamite and AEW is we’d never wanted to know what that show is doing because we feel like if we do know, then it might screw up our brains and our minds on how we book things as well. So we never have wanted to get caught up in any of that.”

It’s unclear if NXT is paying attention to AEW, but Triple H has also stated in the past that competition is healthy. We’ll have to see what another year brings to the Wednesday Night War. 2020’s craziness meant that a lot of things needed to change, but they somehow remained a constant focus on Wednesday nights throughout this year.