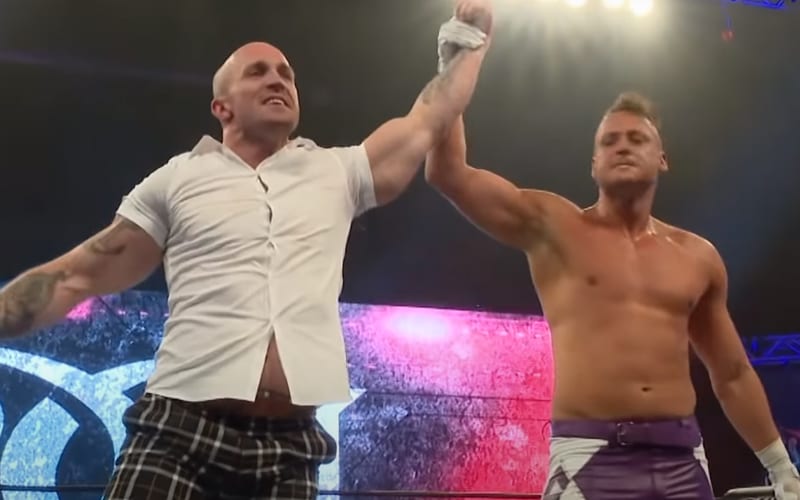 Mike Bennett was released from WWE on April 15th, and he just recently returned to ROH. This return to ROH also meant re-forming his alliance with Matt Taven. The return of The Kingdom is a great thing for some fans, but others might have forgotten about what Bennett can do.

While speaking to ROH’s YouTube Channel, Bennett explained his reasons for making an ROH return. She said that through the past five years people might have forgotten what he can do. He’s not what WWE made him out to be, because his name is Mike Bennett, and his comeback will remind people what kind of professional wrestler he is.

“I’ve been wrestling a very, very long time and for some reason, over the last five years, that’s kind of gone on the wayside. People seemed to have forgotten what Mike Bennett can do, exactly who Mike Bennett is. So let me make that perfectly clear right now. My name is Mike Bennett, and I’m a professional wrestler.”

Mike Bennett is in the best shape of his career right now, and he seems hungry to show the world what he can do. The Kingdom could do a lot in ROH, and his recent return in 2020 could open the door for a much more successful 2021.

As of this writing, Maria Kanellis has not returned to ROH, You can never count her out, but right now Mike Bennett seems focused to prove himself as he continues to have Matt Taven’s back.