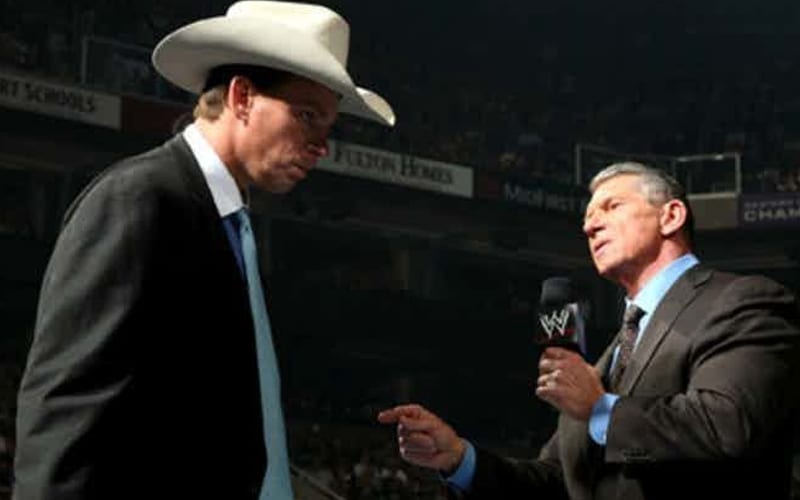 Tribute to the Troops is coming back to television this year. It will air on December 6th on Fox. Airtimes will be different depending on where fans live within the United States.

JBL has been given credit for coming up with the Tribute to the Troops idea for years. This was something that he cleared up on WWE The Bump. He did come up with “the spark,” as he put it, but it was Vince McMahon and Kevin Dunn who really envisioned the entire thing.

It was explained that JBL went on a USO tour to Afghanistan, and the second time he went back a few other WWE Superstars went with him. He came up with an idea to hold an entire event overseas for the troops, and then Vince McMahon took that idea and ran with it.

“[Vince] took this idea with Kevin Dunn when I get a lot of credit, especially in the media because Vince is a very giving person. He wants his talent to get recognition for stuff like this, but this was an idea that WWE formulated and made, I was the spark, which is true. What they put together was unbelievable and they got things together in a very quick fashion.”

JBL did send that first email to Vince McMahon where he suggested a full WWE event for the troops. The entire event was then WWE’s responsibility to put together, and this will be the 18th year that such an event took place. JBL doesn’t take all of the credit for the idea, but it certainly wouldn’t have happened without him.