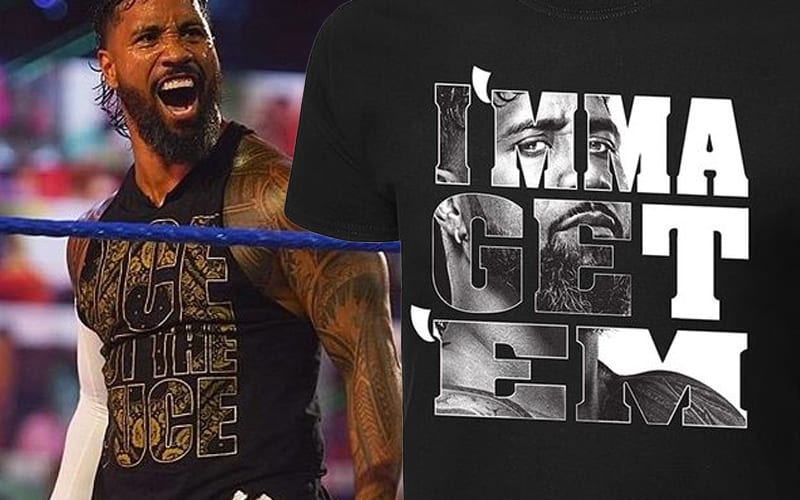 Jey Uso is 1/2 of The Usos, who are widely regarded as one of the best tag teams in WWE. Jimmy Uso is out of action with a knee injury, which was first exclusively reported by Ringside News, but Jey Uso received the push of his career in the meantime.

Uso and Roman Reigns’ feud captured the WWE Universe’s attention in a big way. Their storyline was so good that it called for a second Universal Title match at Hell in a Cell. This was a match that nixed other plans WWE had for the event.

WWE dropped an official t-shirt for Jey Uso. His brother Jimmy isn’t featured at all, and the logo on the back simply says “Jey Uso.” The graphic on the front says: “Imma Get ‘Em,” which is something that Jey has said to Roman Reigns.

We’ll have to see if this is the first of many pieces of merchandise to come for Jey Uso. This certainly gives the impression that WWE will continue pushing Jey Uso while Jimmy Uso recovers from injury.