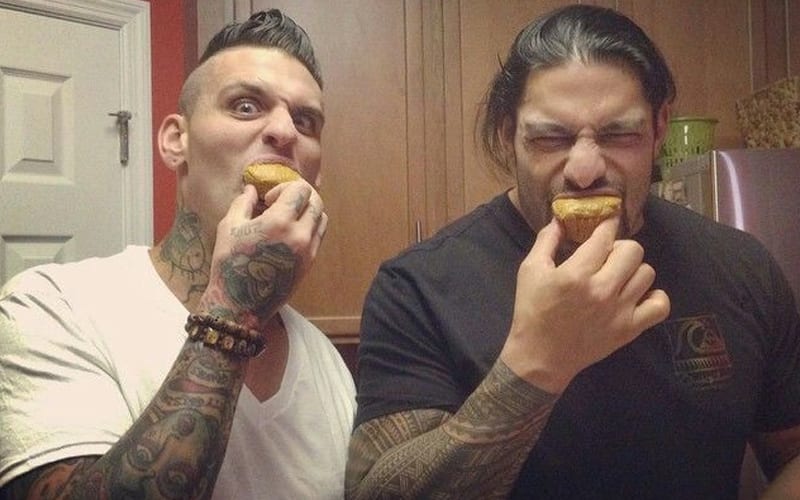 Roman Reigns turned heel, and the WWE Universe took notice in a big way. This was a change of character that many believe was a long time coming.

While speaking to Busted Open Radio, Corey Graves brought up Roman Reigns’ heel turn. He said that this isn’t a “new character” for him. In fact, Reigns is now getting to be himself more than ever the way Graves sees it.

“I think it’s the perfect example of when you bring the right amount of reality into the sports entertainment business. If you just capture it? It can be magic.”

“This is kind of interesting to a lot of guys that know Roman. Because this isn’t a ‘new’ character. This IS Roman Reigns. This is the guy that we’ve all known and loved…or despised, for years.”

“Roman believes this stuff that he says. Roman knows that he is the guy keeping SmackDown ahead of the pack right now. I genuinely enjoy the hell out of it, because I have the utmost respect for the entire Anoa’i family.”

“To see that kind of play out on screen and for the whole world to get to know that legacy is legitimate? [It’s great] knowing it’s not some storyline that was drawn up in a writers room.”

Corey Graves’ friendship with The Shield has been well-documented. They got to know each other well in NXT, and now Graves gets to call the action while his friends take part in those angles in the squared circle.

Reigns is legitimately proud of his Samoan heritage and the fact that he is leading the charge for SmackDown, arguably the more successful out of all of WWE’s brands.