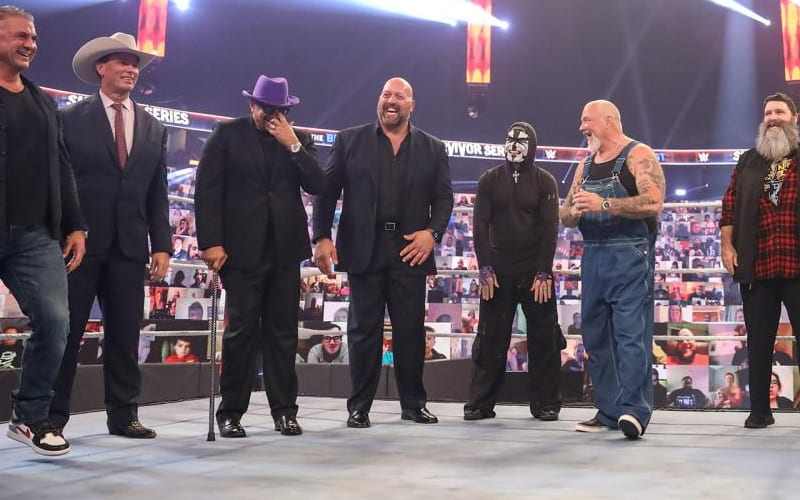 WWE brought a ton of legends back for Survivor Series so they could be there for The Undertaker’s Final Farewell. WWE took full advantage of those legends being around.

Shane McMahon, Jeff Hardy, Big Show, The Godfather, JBL, Mick Foley, The Godwins, Savio Vega, Rikishi, Kevin Nash, Ric Flair, Triple H, Booker T, and Shawn Michaels. and Kane came out to honor The Deadman. They all received their own entrance music during the show. Edge and Michelle McCool were there too, but they weren’t on camera.

PW Insider reports that WWE’s cameras were busy backstage during Survivor Series. They were recording plenty of interviews and other footage all day for upcoming WWE Network specials.

It’s not everyday that so many legends are in the same place, especially since the pandemic nixed physical fan conventions. WWE obviously knew that they couldn’t let this moment take place without recording a ton of footage, and that’s exactly what they did.