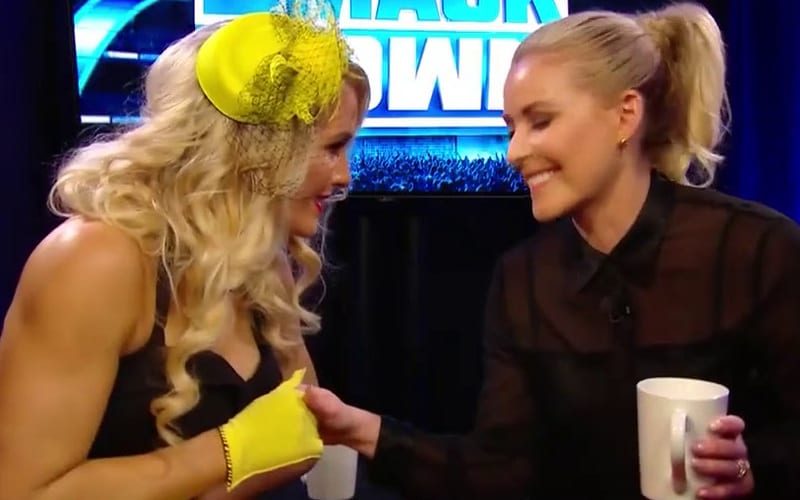 Renee Paquette and Jon Moxley are expecting their first child. While Moxley carries the AEW World Title, his wife Renee is carrying a baby and she’s noticing some changes.

The former WWE announcer tweeted out saying: “My clothes all feel tight. SOS.” Several people had responses to this tweet including The Lady of WWE.

Lacey Evans replied to Renee Paquette with a little life advice as she said: “Enjoy it while it last. Nothing else will be as tight again here soon.” After all, Evans has already been through a pregagncy and she’s one to look to for parenting advice.

Paquette took Evans’ tweet very literally when she responded with: “sooooo that’s a no on the kegels?” She received a variety of replies and advice after that tweet.

Renee Paquette might not be on WWE television every week, but thanks to social media fans are able to stay up to date on all of her latest pregnancy updates.