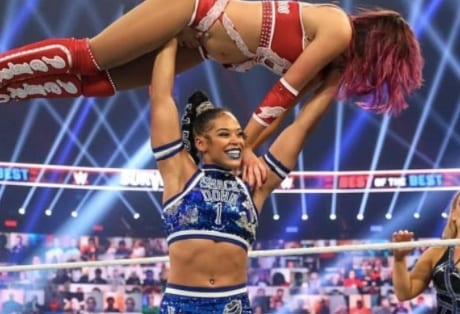 While Bianca Belair technically didn’t win the match for Team SmackDown last night, she did put in one hell of a performance that reminded the WWE Universe why she’s such a hot commodity in pro wrestling.

Belair proved to the world why she’s so confident in her abilities during her tenure in NXT, and now that she’s on the main roster, that trend is continuing.

After the bout, she took to social media in order to reflect on her outing.

Belair is clearly still proud to be part of Team SmackDown, and her next goal will clearly be to go after the SD Women’s Championship – which would make for one hell of a feud against Sasha Banks.