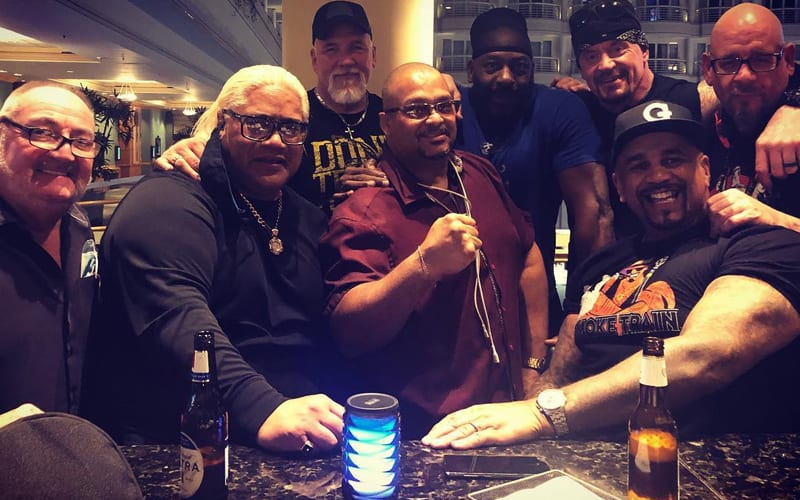 The Undertaker is set to give his Final Farewell at Survivor Series. The company is inviting plenty of his old Bone Street Krew friends for his send-off. This will be a rare moment where the BSK will be together, and on the same side, on WWE television.

It almost wasn’t that way at all because WWE almost put them together on screen.

While speaking to Wrestling Inc, Savio Vega revealed that Vince McMahon considered the idea of brining the BSK group onto television. They were previously just a backstage band of brothers. Things could have been very interesting, but they obviously decided against the idea.

“Why not? Of course. One time we talked to Vince to be Ahmed Johnson in the BSK when I was in the BSK, and you have Ron, you got Crush, you got me and then you have, maybe by that time, Ahmed Johnson. And Vince looked at it and said, ‘It’s too strong. He’s too strong. We need to create balance,’ and in the moment, it’s like, ‘Okay, and we just continue working,’ but later, it’s like, ‘Well, if you have a strong team, super, mega strong, that makes your babyface strong too. And that way both go up, but that wasn’t the case. So later on, after everything broke, that’s when they brought in Ahmed Johnson.”

Vega then noted that Vince McMahon could have brought their real-life heat in front of the camera if they booked a Kliq vs BSK feud. Of course, that didn’t happen.

There are a lot of great ideas throughout WWE history that never came to fruition. It is very interesting to consider how different things would have been for the Monday Night Wars if Vince McMahon decided to let the BSK run the show both behind the scenes and on screen.