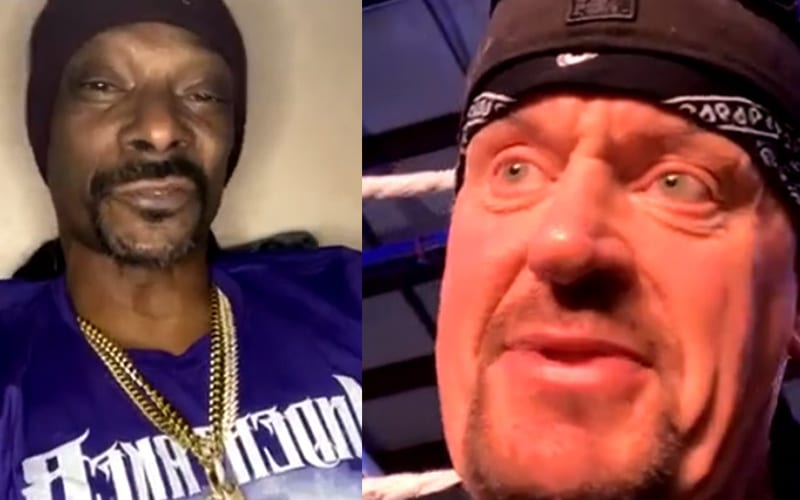 The Undertaker is set to wrap up his historic career in pro wrestling at Survivor Series as he gives his Final Farewell. We’ll have to see what that means for the next phase in The Undertaker’s career, but he has seen what pro wrestling can do when it comes to bringing people together.

Snoop Dogg and The Undertaker had a chat on Instagram Live last night. This was to promote their new clothing line. The two legends also had a meaningful conversation.

The Undertaker was asked by Snoop if he ever encountered a fan who surprised him because he never thought they would connect with him. This is when Snoop Dogg said that pro wrestling brings together all races of people and they can “end racism.” Taker expanded on that when he said that’s what we need right now.

“That’s what we need tight now. There’s too much division right now. We can all have separate opinions on who is doing what. But, we are still people, we’re all the same people.”

“It used to be like, ‘I don’t care what party you support, but we can still have a conversation, right?’ We’re at a point now where we can’t have a conversation anymore. We’ve got to find more common ground through different genres of entertainment and quit being so divisive. We’re all better than that. We have to use our platforms not to spew one way or the other but to unite.”

The Undertaker and Snoop Dogg had a great conversation that lasted just over 27 minutes. You can check out the whole video below.