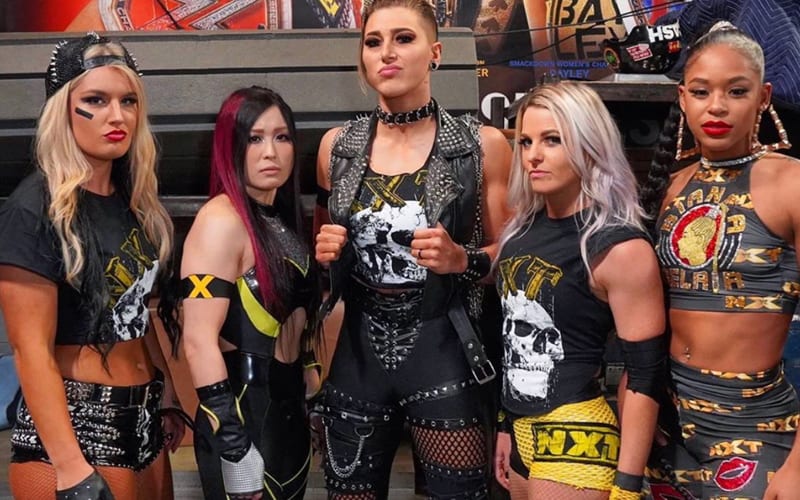 Rhea Ripley is thought to be on her way to the WWE main roster. The important part is figuring out the best way to introduce her style of brutality to the WWE Universe. If Ripley shows up in the ThunderDome for tonight’s event it won’t be her first time performing at WWE’s annual November pay-per-view.

There is a big rumor going around that Rhea Ripley could show up at Survivor Series. All she would need to do is take someone out of the match. This isn’t unthinkable, and Ripley fueled the rumors in a big way.

“Happy Survivor Series day,” Ripley tweeted out along with a sly grinning emoji. She also featured a photo from last year’s Team NXT. Bianca Belair is the only one from that NXT team who received a main roster call-up so far.

We’ll have to see what WWE has in store for Rhea Ripley at Survivor Series. Even if Ripley doesn’t show up, odds are she heard the rumors about her debut.